but this is looking like an arrogant jackass with a badge bleeding over into the whole agency.
On Wednesday, the morning after a sheriff's detention officer reported to jail to serve a contempt of court sentence, 20 of his colleagues called in sick for work at the Maricopa County Superior Court Buildings in Phoenix.

Those same buildings were evacuated for three hours Wednesday morning when a bomb threat was called in targeting public defenders, the Arizona Republic reported.
...
Arpaio said neither the absentee rate nor the bomb threat were related to Stoddard's sentence, but said he does "have a political prisoner in jail who happens to be my detention officer." 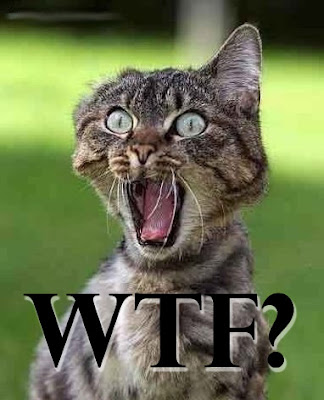 POLITICAL PRISONER?!? He snuck a document out of a lawyer's files! IN the freaking COURTROOM, and was caught on video! To play this game over this idiot is insane, and to say things like this is just flat stupid.

But wait! There's MORE!!
The case involving the deputy who read over and grabbed the defense attorney's papers gets stranger by the moment, even allowing that the county attorney up there and the sheriff are reputedly, well, nuts.

As noted earlier, the judge held the deputy in contempt. Now the county attorney has filed felony charges against the judge. On a quick read they are pretty strange. For one thing, they are quite ambiguous. The judge provided "money, transportation, weapon or disguise or other means of avoiding discovery, apprehension, prosecution of conviction" to any judges, officials, or attorneys (only two being named).

For another, look at the verification. "Subscribed and sworn upon information and belief this 9th day of December 2009" .... and there is no signature of a notary. Then it has the judge's home address.

BTW, the defendant is the chief criminal judge of the county.
Oh, jeez, this is effing insane. Which is apparently what Arpaio has become. Either that, or so damned arrogant he thinks he IS the law; and last I heard Judge Dredd was a frickin' comic book character.
Posted by Firehand at 17:09

Apparently not in Maricopa County.

Remind me to stay the hell out of Arizona...

Why are these people defending such a clear wrong?