I am still alive,

and somewhat ambulatory.  Long as I don't have to ambulate much.

An typing one-handed is still a pain.
Posted by Firehand at 04:20 8 comments:

The time rapidly approaches, so

little to no(weighted toward 'no') bloggage for a while.
Posted by Firehand at 16:05 No comments:

I think these qualify as Quality Control Fail

Guy at the range gave them to me, out of a box of Winchester white-box 9mm.  The one on the left, looks like the seating die slightly crushed the case mouth at that point. 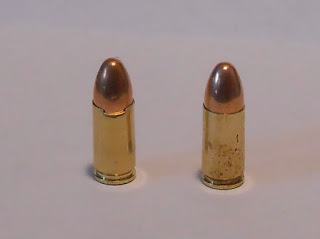 One on the right looks normal, but flip it over, and 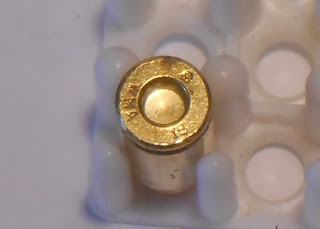 If there had been a primer, wouldn't have done any good.

In this installment of "These people are truly nuts", we have

a bunch of idiots in New York City:
Babu quotes another writer who was robbed that night as saying "I didn't ultimately think that person posed a threat. I didn't feel afraid of the person; I felt more just afraid of the weapon.
Yeah, it's not the guy who's threatening your life and stealing your stuff that's the threat, it's an inanimate object...


The next is one of the anti-rights clowns who demonstrate just why we think they're insane.  And the reason why so many people are getting their carry permits:
“Please hold while I transfer you to Bloomington,” she says.
I thought, “Jesus H. Christ.  I’m surely glad I don’t need the police in a hurry. 911 doesn’t put you on hold?  Bullshit.  Dialed 911, and I’m on hold.  Sure wish I had that gun I sold.”


You may be getting anxious, now, wondering what FDR’s Second Bill of Rights has to do with my antipathy towards your political philosophy.  It’s quite simple – your political beliefs are a threat to liberty – not just for me, but for my three boys and their children as well.  I care much less about the America that I’m living in at this very moment than I do about the one that I’m leaving Nathaniel, Charlie, and Jackson.


Crime reporting in Chicago; have to keep those numbers down, or the brass hats look bad.


"She didn't actually say what she said, so stop asking about it.  She really cares, she does!"


And last, from Austria, people- women in particular- have decided that that 'when seconds count' thing is a serious matter:
And gun dealers report that it is women driving the sales rush. This year alone, police say 70,000 guns have been sold.

'Virtually all shotguns are currently sold out, because you need no permit for them', said Thomas Ortner, spokesman for an arms dealer in Upper Austria.

For every other type of weapon, a licence is required.

Licence courses, in which applicants must demonstrate knowledge of firearms, used to take place every five weeks but they are now held weekly because of spiking demand.
Various authorities are informing people "There's nothing to worry about", but after all the (largely ignored by the PC media and politicians)information on rapes and so forth, seems some people don't believe them.  For some reason.

Posted by Firehand at 10:33 No comments:

Little more on the CherryBalmz test

Another sixty rounds through each conversion today.  No failures of any kind, and when examined the lubed surfaces still look like they've got a proper coat of the stuff.

Conclusions at this point:
In the guns I've tried it in, it works as a lube should.  No bad smell, stays where you put it.  I'd love to take, say, and 9mm and about a thousand rounds and test it with that.  Or the AR and that much 7.62x39.  However, due to both expense and time, not gonna happen right now.

So far the only real problem I see is the price: seventeen bucks for a half-ounce will turn some people off, especially compared to, say the Lubriplate SFL-0.  The good thing is, used lightly as it should be, that bottle should last quite a while(depending on how often you shoot, clean and re-lube).

I'll keep shooting with the stuff and see if it holds up.  Since the guns are about to get at least a couple of weeks(more if I'm not an idiot) rest, we'll see if it's still where it should be.
Posted by Firehand at 15:19 4 comments:

don't fit the Preferred Narrative.  So they're always guilty, even when the female involved beat the crap out of them.  And if the man tries to get the kids out, shelters will turn them away.  Because "You're a man."

Much like someone found real hostility to reporting on domestic violence among lesbian couples; they're both women, so that nasty 'male' behavior isn't supposed to happen, and when it does it shouldn't be talked about.

More from the CDC, which doesn't exactly count as a right-wingnut source.
SUMMARY: According to a 2010 national survey by the Centers for Disease Control and Department of Justice, in the last 12 months more men than women were victims of intimate partner physical violence and over 40% of severe physical violence was directed at men. Men were also more often the victim of psychological aggression and control over sexual or reproductive health. Despite this, few services are available to male victims of intimate partner violence.


"Your movie won't have the proper viewpoint(ours), so no funding for you!"


I need to find a tomb like this.  Of course, for that one I'd have to go to Greece, and then try to figure how to smuggle it out, but there may be ways...


Well, if your co-vegans start crapping on a restaurant and giving it bad reviews when they've never been there and just don't like "Let us know you're coming, and we can make something for you", then screw 'em if they can't take a joke.  Or being told to piss off.


Getting all the crap done I don't want to have to worry about after the surgery is a bit of a pain.  Partly because this keeps waking me up at night("Hey, I don't like this position anymore, do something" repeated during the night), so a bit short on sleep.  Be worth it if this does nothing more than allow a full-nights sleep again.

I think Germany has a lot of people who haven't been asleep,

and more waking up.  I can't get the google translation of the whole piece to come up, but note this that Insty has:
>There are now 900,000 (legal) weapons in Austrian households, out of a population to 6 – 7 Million
>In the state of Upper Austria, all shotguns have been sold out
>Women are the fasted growing group buying weapons
Also, the refugee crisis is quoted as a direct cause of the rush to buy guns.
Note that key word: legal.  "Those are the guns people own that we know about.  Which brings up the question "How many REALLY out there?"  Which brings me to this article from a while back:
Well, says the Small Arms Survey, a research outfit established by the Swiss government, the United Kingdom, with just shy of 1.8 million legal firearms, has about four million illegal guns. Belgium, with about 458,000 legal firearms, has roughly two million illegal guns. In Germany, the number is 7.2 million legal guns and between 17 and 20 million off-the-books examples of things that go “bang” (a figure with which the German Police Union very publicly agrees). France, says the Survey, has 15-17 million unlawful firearms in a nation where 2.8 million weapons are held in compliance with the law.
Let's say the ratio is similar in Austria to Germany: rough factor of 2.5 means ~ 2,250,000 firearms; some owned by criminals, the rest by private citizens who never liked the idea of either being unarmed, or of the .gov knowing what all they own.

Things go really bad over there, it's going to surprise the hell out of a lot of people just how many have some arm to grab.

No, I am neither deceased or

surgeried- surgerified?- yet; just busy trying to get some stuff taken care of. 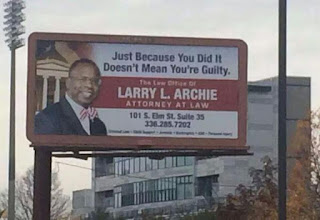 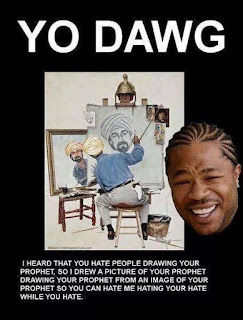 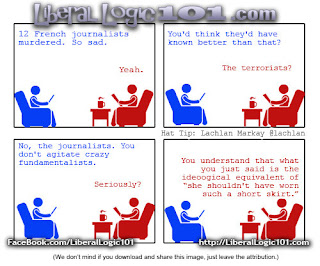 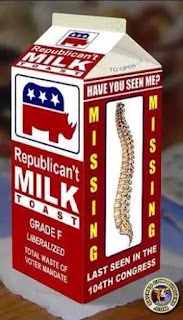 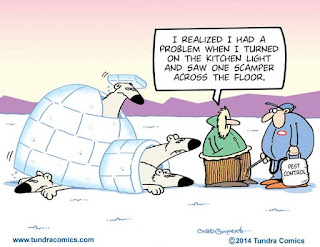 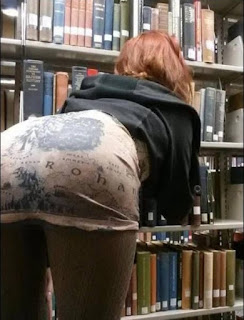 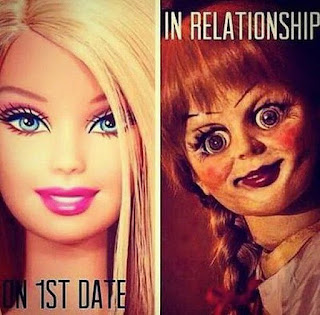 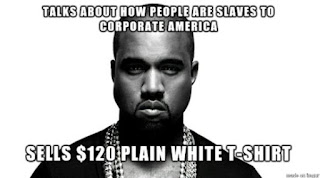 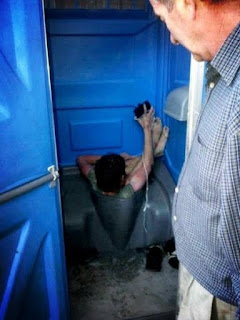 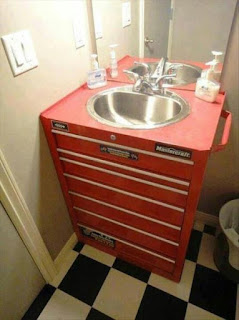 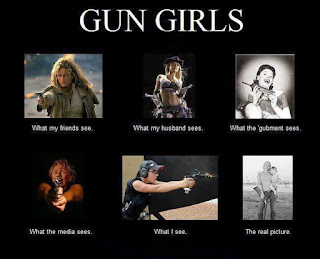 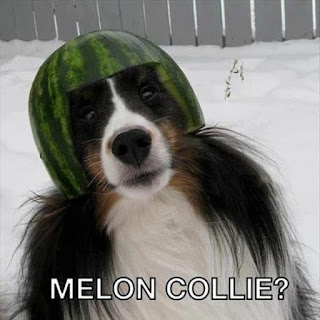 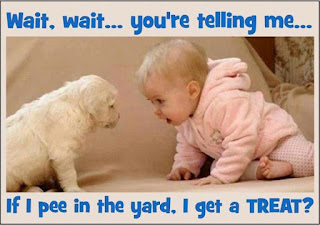 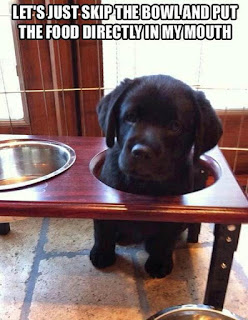 Posted by Firehand at 18:29 No comments: