I'd say there's a problem with the new fuse

SEOUL - One researcher was killed and five injured when a field gun exploded Thursday during a test at a South Korean firing range, the defence ministry said.
...
The accident happened during the testing of a fuse for shells for a 155mm howitzer. Ministry and agency officials were investigating the exact cause of the blast at Pocheon, 40 kilometres (25 miles) northeast of Seoul.
Found at Cowboy Blob; take a look at the picture he's got 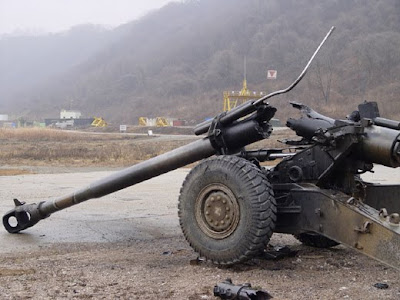