Just a point about one of the Presidents' advisors and friends:

Reports coming in from Boston are describing the deadly bombs as devices similar to the Weather Underground nail bomb that exploded prematurely in 1970, killing three of Ayers' terrorist friends. That device was intended to be detonated at a soldiers' dance at Fort Dix, New Jersey.


I have now been informed by the hoplophobe from the other day that the NYEffingTimes and Daily Kos demanding the 2nd Amendment either be dumped or rewritten proves that 'All the good people demand it!'
Add that to the odd use of capitals, remotely diagnosing people and so forth, and I'm concerned she's off her meds. 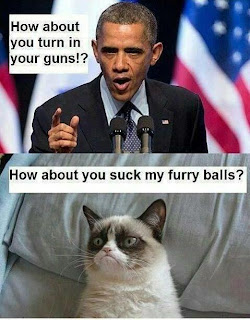 Stolen from here.  Along with this: 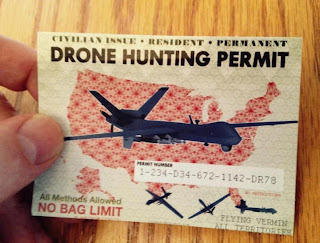 
The crap an honest citizen in Australia has to go through in order to buy a rifle.  Stage 1, Stage 2.


Who the hell is Jay Mohr, and why and I supposed to give a rats ass what he thinks?
'2nd Amendment must go'? Fuck you, Mohr.