Deputy Assistant FBI Director Jerry Pender said the checks, required by federal law, surged to 129,166 during the day, far surpassing the previous high of 97,848 on Black Friday of 2008.

The actual number of firearms sold last Friday is likely higher because multiple firearms can be included in a transaction by a single buyer. And the FBI does not track actual gun sales.
And what will make the pandas even sadder?
Some gun industry analysts attributed the unusual surge to a convergence of factors, including an increasing number of first-time buyers seeking firearms for protection and women who are being drawn to sport shooting and hunting.

Awww, hear the sad panda:
Dennis Henigan, acting president of the Brady Center to Prevent Gun Violence, said he was "skeptical" of the Black Friday gun surge.
"I think there may be no real signifcance at all," Henigan said. "It's possible that gun companies are just catching on to creating a Black Friday frenzy for themselves."
Yeah, because everyone knows how the Triangle Of Death manipulates numbers before the FBI puts them out. 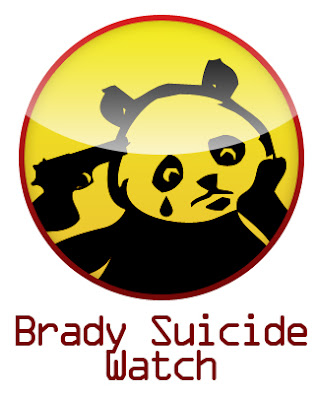