for more than 30 seconds?


A Las Vegas police officer under investigation for the videotaped beating of a man in March violated several Metropolitan Police Department policies, an internal investigation found.

Mitchell Crooks' complaint about officer Derek Colling's excessive force was sustained, Deputy Chief Gary Schofield said Friday.
Well, that's a nice first step; question now is what punishment he gets?
In case you've forgotten what started this particular mess,
On the night of March 20, Crooks, 36, was in his driveway, near East Desert Inn Road and South Maryland Parkway, videotaping police as they investigated a burglary report across the street. Crooks said that when he refused to stop filming, Colling arrested and beat him, with much of the altercation recorded by the camera.
An awful lot of agencies need to pound it into the heads of their officers that someone shooting video of them at work does NOT give the officer cause to arrest and/or beat on them. Or write them a damned ticket, for that matter.


Naser Abdo's family history is kind of, well, nasty. Which seems to fit in with him planning mass murder and all.


Some thoughts on why some nations won't/don't prepare for the earthquakes they know are coming.

ownership should be banned except
...for all but properly constituted, trained and controlled agencies of governments, provided of course that the governments in question are themselves properly constituted and controlled by democratic means in a society where the rule of law obtains.
Three guesses what kind of properly constituted and controlled by democratic means government he considers suitable. Part of the response:
If you wish the privately-held arms of the United States to be confiscated, I invite you to come and take them. Please bring the UN with you. They will no doubt be of as much help as the UN "peacekeepers" were to the Bosnian Muslims when they stood by impotently and watched as the Serbian government forces slaughtered them in the thousands at Srebrenica. Besides, blue helmets make such convenient target markers.
He do have a way with words, do he not?
I will add that the guy seems fixated on firearms; he seems to make no note of the fact that the mess in Norway started with a bomb. And he seems to think the only options available to the dirtbag for killing were either guns or a club. Apparently the idea of more bombs, or chemical weapons, just never occurred. There have been terrorist attacks using chemical weapons(the sarin attack in Japan, for example), but either he's too fixated on guns to remember, or doesn't care.


Here's an idea:
Just because they might be federal employees or even federal law enforcement officials, they do not have any kind of immunity for violations of the state criminal code.

I urge you to look closely at the conduct of ATF within Arizona, and investigate whether or not that conduct violated state criminal laws, And if you find the conduct of the ATF senior management did indeed violate state law, please hold those ATF officials accountable to the people of Arizona.
Problem is, the feds worked hard to keep Horiuchi from local prosecution; anybody doubt they'd work even harder to protect these bastards? 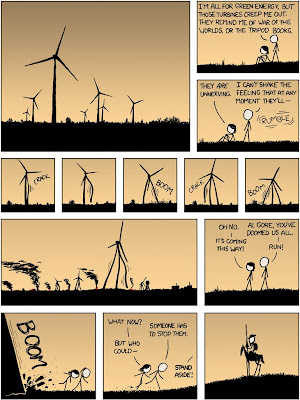 Oh, boy, Assad must be just jumping for joy over this:
A Syrian Major-General has deserted Assad’s army along with a group of other officers and joined the rebels.

In an Arabic video clip posted on Youtube on July 29, 2011, the officer, Major-General Riad El As’ad is seen in the company of other officers, announcing the establishment of the “Free Syrian Army whose main goal will be to fight the army of oppression headed by President Bashar Assad”.

As’ad accused the Assad regime of crimes against the Syrian people and called on the officers and soldiers in the Syrian army not to aim their weapons at the people. He further called on them to join the Free Syrian Army.
Can you say 'full-on civil war'?


And to end this on a lighter note,

I'd say NSFW due to language
Posted by Firehand at 06:50

With the exception of Lima and Bogota, the total annihilation of the rest of the cities on that list would result in a net gain for civilization.

Intelligent (Read:BLIND LUCK!!)in selection of place of abode factors in as well. I live on top of a huge glacial esker, six feet down begins a monstrous pile of boulders, rocks, gravel and sand deposited by receding glaciers 12 or 13 thousand years ago which act like a natural shock absorber in an earthquake. We've gone through several pretty good'ns in the thirty four years we've been here as well as about 1200 minor ones each year if the U of Wash. Seismology Dept. can be believed, and the only damage to the manor house is a crack in a drywall seam near the front door. Patched it up with spackle and painted that section of wall. 100% replacement value earthquake rider on the manor house insurance sets us back about $35/year. I spill more'n that at a half decent Mt. Man Rendezvous.