Ref the comment period on your proposed 'voluntary'/required restrictions on cereal and such, the only proper response to your proposals is "Piss off, and leave our food alone, you nanny-state bastards."
Put forward by an interagency working group, the guidelines will establish nutritional standards that most cereals flunk—and not just those of the “Chocolate Frosted Sugar Bombs” variety. Corn Flakes will not be advertisable to children, along with Raisin Bran, Special K, Rice Krispies, and Wheaties. Plain Cheerios squeak by the proposed 2016 rules but fall foul of the “ultimate goal” for sodium effective in 2021. While cereals are the most obvious targets of the guidelines, all foods marketed to children will have to meet the proposed nutritional standards. Many don’t. Peanut butter (both smooth and crunchy) has too much saturated fat. Jelly has too much sugar. Forget about apple-cinnamon instant oatmeal and Mott’s apple sauce.
There's a quote over on the sidebar from C.S. Lewis, it applies very well.

Next, Mr. Damon, go fuck yourself. I have yet to hear of one of you self-righteous "I know what's good!" celebrity assholes actually start writing checks to the government to increase what YOU'RE paying; oh no, you won't do that.
Oh, and damn right we're intransigent; we have to be with morons like you on the other side. 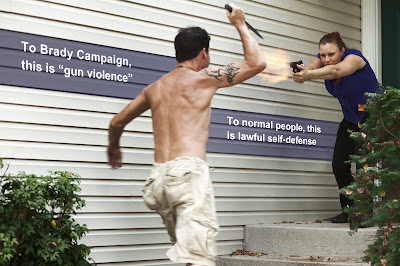 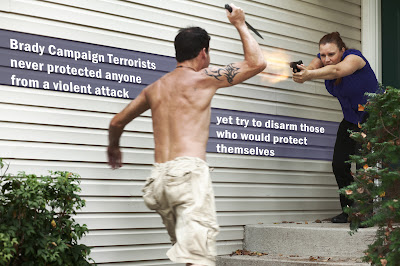 Once again, a bunch of asshole bureaucrats want to use the Commerce Clause as their way to force people to get licenses and permits and anything else the bastards can dream up.
Regulators are suggesting that all wheat shipments be considered interstate, even when farmers making short hauls to local grain elevators aren't crossing state lines. The change would make commercial driver's licenses — and all the log books and medical requirements that go with them — a necessity for farmers. Some might not qualify.


Mark Steyn on the media ignoring Libya, and other people taking lessons from it. Lessons that are not good for us, or a lot of other people either.
Posted by Firehand at 18:22