Taking a look around, oh, where to start?

How about this:
The combination of rising gasoline prices and the steepest increase in the cost of food in a generation is threatening to push the US economy into a recession, according to Craig Johnson, president of Customer Growth Partners.
We got OUT of the recession? Really?

If we don't raise the debt ceiling:
"What will happen is that we'd have to stop making payments to our seniors -- Medicare, Medicaid, Social Security. We'd have to stop paying veterans' benefits. We'd have to stop paying all the other payments on all the other things the government does. And then we would risk default on our interest payments."
...
Is any of this true? Will seniors not get their June Social Security checks? Will doctors be stiffed for the health care they provided Medicare patients? Will the Pentagon be unable to buy fuel for missions in Afghanistan? If history is any guide, the answer to all of these questions is "no."

The United States has reached its debt limit three times in the past 30 years and not only did economic Armageddon never materialize, but not a single Social Security check was late.
So why is Geithner saying this(besides being a tax-cheating dirtbag)?
The GAO reports highlights the tremendous discretion Geithner has over how and when the federal government pays what bills. So the only reason June Social Security checks might not go out, as Geithner warned they might not, is if Geithner chose not to send them.
Anyone willing to be that he wouldn't decide to stop SS checks or something similar just to make the situation worse?


The government of Gambia says muslims are hair-triggered nutcases who can't act like civilized people. Not what they wanted to say, but that's what it works out to. They also demonstrate their ignorance of how things work here.


Breakables alert in effect. Remember the name Johnny Sutton? The slimy little bastard federal prosecutor? He's at it again:
This latest prosecution against a U.S. border agent stems from an October 2008 incident near the Rio Grande River in Eagle Pass, TX where Diaz and several other agents responded to illegal aliens who had crossed the river into Texas with bundles of drugs.

Agents apprehended the aliens and as Diaz was getting ready to put one of the aliens in the truck for transport, he allegedly pulled on his handcuffs, a common law enforcement technique to get suspects to cooperate. It was 1:30 in the morning and Diaz and the other agents were trying to find the drugs brought over by the suspects and determine if any other cartel smugglers were hiding in the bushes nearby. The suspect refused to answer their questions. They eventually found the drugs and all were taken to the station for processing.
Go read.


Near the city of Qom, Iran has a secret plant that is part of its chemical weapons program, according to a secret U.S. cable sent by Secretary of State Hillary Clinton, which is part of the WikiLeaks documents obtained by Haaretz. Clinton instructed the U.S. Embassy in Beijing to take action against a Chinese company that is involved in the transfer of equipment, know-how and technology to Iran.
Joy, the thought of the Iranian government making lots of chemical weapons.


Ah, the integrity of pacifist principles in Spain; "We won't fight terrorists, but we'll sell weapons to ANYBODY." 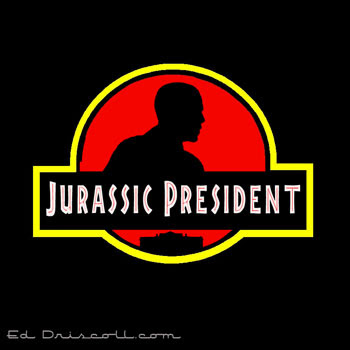 Go read why Sarah Hoyt calles him that.