Anyone who makes excuses for Hamas is either a fool

or a hater of Jews equal to the Hamassholes:
Seraphic Secret learned, early this morning, that Daniel Raphael Viflic, the 16-year-old who was severely wounded by the anti-tank missile fired at an Israeli school bus by Hamas terrorists, died on Sunday. May his family be comforted among the mourners of Zion and Jerusalem.
The Hamas attack on the bus was intended to kill as many Jewish children as possible. In fact, Hamas are proud of this murder, labeling young Daniel a “Zionist soldier.”
These worthless shits fired a guided missile at a SCHOOL BUS.

The same people who put rocket launchers and weapons dumps in or next to homes and schools specifically to get civilians killed so they can use the pictures and dance in the blood and blame the nasty JOOOOOOS for it.

I've had people give me hell for calling them Palisimians; blaming the Israelis for all the troubles. They make excuses for things like the murders of Eldad Fogel 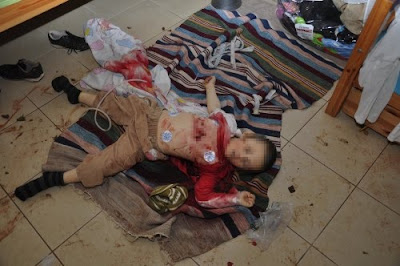 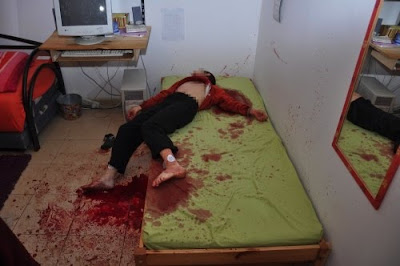 age 11. And the rest of their family, including their sister Hadas, THREE MONTHS OLD. And the palisimians celebrated these murders, gave out candy.

There are no excuses for these wastes of oxygen, or for those who excuse their actions.
Posted by Firehand at 10:56

Labels: Jew hatred, No Words For This Level Of Disgusting

Why don't we return to the Biblical term for these animals? Simply call them Philistines, a name used for uncounted centuries and consistent with their reputation all that time as both uncivilized and less than human. Looks to me like not much has changed.