You can get .22 rimfire dummies, but they're action proving dummies(check feeding & such) and specifically say "Do not use as snap caps". Thinking about it, no mystery why: with centerfire cartridges the cap can use either a polymer pad or spring-loaded brass pad or something to cushion the firing pin; with a rimfire, can't really do that. I'd guess not economically in the case of the polymer or they'd be out there(think the whole rim area being polymer, which might be too thin for the job).
DISCLAIMER: this is just an idea I tried, and I'm letting you know about it. I'm not telling you this is the best way to make something of the sort, just that it works for me. Also, see WARNING at the end. 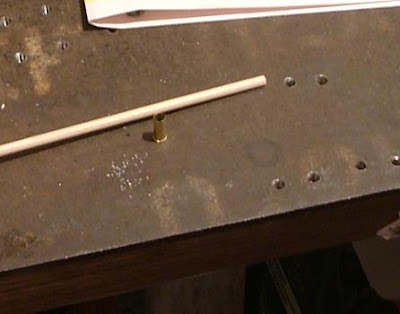 Cut a section of dowel. This is a tiny fraction over .8" long 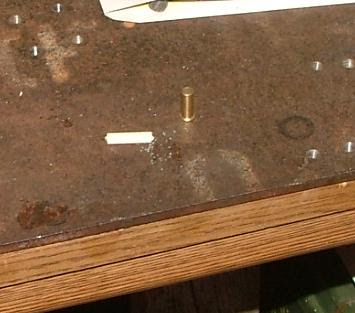 Chuck it in the drill 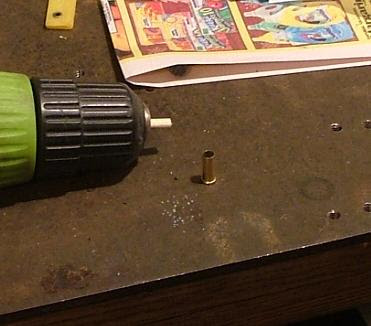 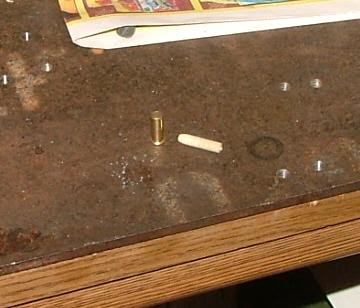 You can glue it in, but what I did here was a couple of wraps of scotch tape to make it a tight fit in the case 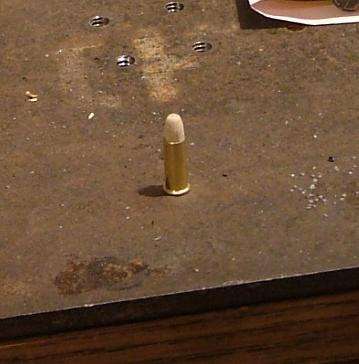 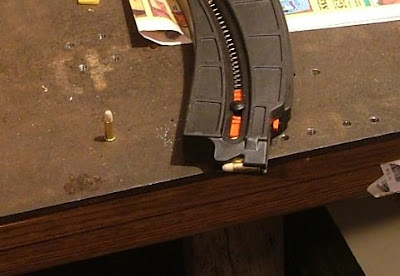 I've just finished half a dozen, and after several tries they seem to cycle just fine from magazine to chamber, and eject as they should; if need be you can adjust the length and profile. You could make them with .22 Short or Long cases for that matter. For dry-firing they're good for a half-dozen or so uses, then you'll need to put the wood into a new(once used?) case.

WARNING: If you make any of these up, you'd damn well better mark them- color the cases or something- AND keep them separate from any live ammo; with the shiny brass it'd be easy to get them mixed together with loud and bad result.
Posted by Firehand at 17:51