Why would the feds seizing more control over education be a problem?


Someone went to Africa on safari and shot a lion.  Usual idiotic 'the poor kitty!' noise erupts.  FTF covers it fairly well: 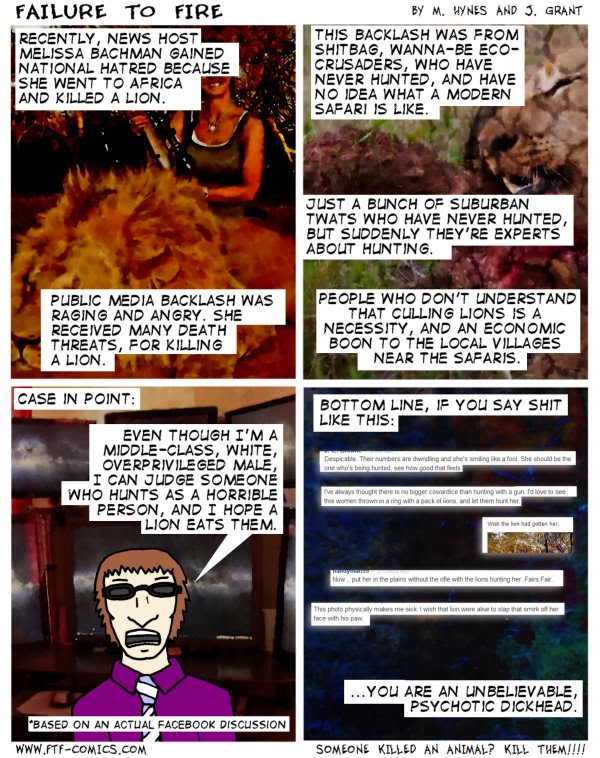 Hmmm, why might Seattle PD and DHS not want to answer questions about this?
The SPD declined to answer more than a dozen questions from The Stranger, including whether the network is operational, who has access to its data, what it might be used for, and whether the SPD has used it (or intends to use it) to geo-locate people's devices via their MAC addresses or other identifiers.

Seattle Police detective Monty Moss, one of the leaders of the mesh-network project—one part of a $2.7 million effort, paid for by the Department of Homeland Security—wrote in an e-mail that the department "is not comfortable answering policy questions when we do not yet have a policy." But, Detective Moss added, the SPD "is actively collaborating with the mayor's office, city council, law department, and the ACLU on a use policy." The ACLU, at least, begs to differ: "Actively collaborating" is not how they would put it. Jamela Debelak, technology and liberty director of the Seattle office, says the ACLU submitted policy-use suggestions months ago and has been waiting for a response.


Also from RNS,
Louisiana Gov. Bobby Jindal and his administration took steps late Wednesday to strip food stamp benefits from those who loaded up their shopping carts knowing they had insufficient funds in their Electronic Benefits Transfer accounts during a system failure in October.


From Mark Steyn:
That’s why I believe America’s belated embrace of government health care is going to be far more expensive and disastrous than the Euro-Canadian models. Whatever one’s philosophical objection to the Canadian health system, it is, broadly, fair: Unless you’re a cabinet minister or a bigtime hockey player, you’ll enjoy the same equality of crappiness and universal lack of access that everybody else does. But, even before it’s up-and-running, Pelosi-Reid-Obamacare is an impenetrable thicket of contradictory boondoggles, shameless payoffs and arbitrary shakedowns.


SURPRISE!
Before President Obama’s health reform law went into effect, Americans could deduct out-of-pocket medical costs if they amounted to at least 7.5 percent of the individual’s annual income. Ten million American families save more than $10 billion annually using this deduction, according to IRS and Office of Management and Budget [OMB] figures.

But now under Obamacare, Americans can only deduct out-of-pocket medical costs if they amount to 10 percent of the individual’s income.