It seems some people have tender feelings 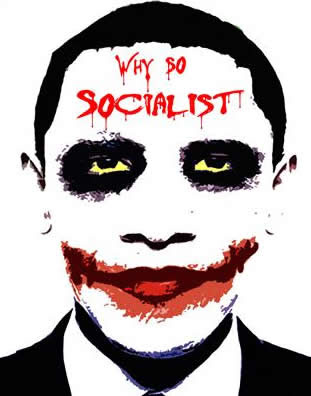 to go along with their double standards:
"Depicting the president as demonic and a socialist goes beyond political spoofery," says Hutchinson, "it is mean-spirited and dangerous."

"We have issued a public challenge to the person or group that put up the poster to come forth and publicly tell why they have used this offensive depiction to ridicule President Obama."

Wow. Where was Hutchinson during the previous eight years of BusHitler depictions? (And let's not forget Bush as the devil.) He's offended now? He thinks this kind of expression is "dangerous"? Please.

There's a case to be made that this kind of thing is kind of disrespectful to anyone in the Oval Office. But it is the very definition of free expression, and it rings more than a little hollow for a liberal such as Hutchinson to complain about this now.

And while we're talking about double standards, I notice that L.A. Weekly blog which looked at the the Obama Joker poster and declared it so obviously racist that "the only thing missing is a noose" didn't seem to have a problem with an actual, as opposeed to feverishly imagined, depiction of lynching Sarah Palin.

Of COURSE not; she's an evil woman who doesn't toe the PC line and is a threat to these clowns' plans; they don't care about threats and lies and slanders directed toward her any more than they did those aimed at Bush.
Posted by Firehand at 09:10

Much like the woman who would sleep with a man for $1,000,000, but not for $100, we know what kind of people these are, their ethics depends entirely on whether their ox is being Gored (sorry.