Except when it's not.
Parting thought: A quick calculation, as a point of reference. This local reporter found 94 illegally registered voters in one small region using one narrow verification method. If you extrapolate his number over Florida's 67 counties, that's nearly 6,300 people. In 2000, the United States Presidency was determined by 537 Florida votes.
Which explains why the Democrats overall are so dead-set against stopping vote fraud.


Why I have 'Dumbass feminism' and 'Progressive dirtbag' categories: 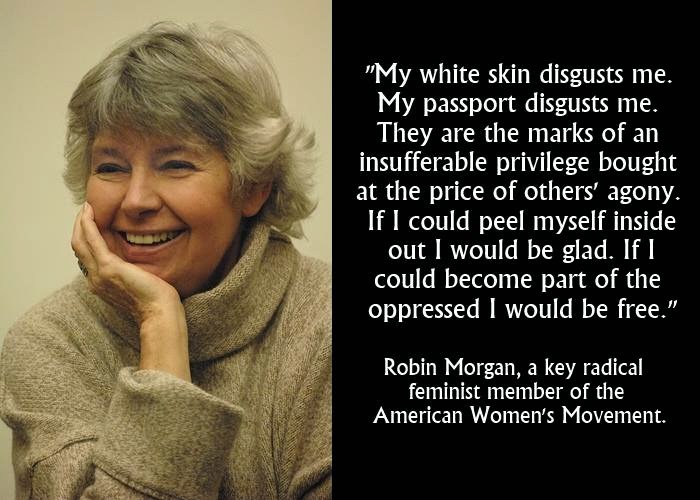 Hey, Morgan, you really want to be part of the oppressed?  Move to, say, parts of Afghanistan, or to Saudi Arabia; you'll be oppressed to your hearts content.

But you won't; because you don't REALLY want to be an oppressed, you just want to whine about it to show how much you dislike yourself(if you really do) and how compassionate you are.


Remember that tiger that had taken its ninth victim?  Remembered hadn't heard more, so did a quick search at that news site.  Among the links found:
Man-eater killed
Ninth victim
And a croc getting into the act


Obviously she's a racist for talking about this.  Or something.
Erica Connor's eyes widen as she reads the four-page letter purportedly outlining a plot by Muslim fundamentalists to take over state education.

It brings back terrible memories for the former headmistress who won £400,000 in compensation after religious zealots forced her out of the primary school she loved in the English Home Counties.

‘It’s a letter that makes me realise nothing has changed in our schools,’ she tells us with a sad smile. ‘Muslim extremists used an identical strategy to get rid of me and nearly ruined my life.’


The enemies of America know they are faced with the ultimate incompetent: the sort who keeps doubling down on a losing hand because he’s too vain to admit error and unable to even see he’s losing. They’re going to keep selling him rotgut and he’s going to keep onselling it to the Rubes as long as it lasts. As Jennifer Rubin wrote in the Washington Post: ‘Obama is never wrong, never responsible’. He can’t admit to a mistake. It will all work out when he finds the right strategic partner.
And right now lots of troops are wondering what the hell the incompetent is going to get them into.