It would seem Ray Nagin's only competence is in corruption

Several executives testified that Nagin was hitting up the firm for contracts for his family granite business at the same time the retailer was negotiating with the city on the construction of a superstore downtown.

The Home Depot executives testifying provided a change of pace in the government’s case, which on previous days had been dominated by witnesses convicted of various felonies.
Better watch that language guys; those are his people!


You expect honesty from enviroweenies? Really?
Environmentalists allege that the company hired by the State Department has ties to the oil and gas industry, therefore tainting the objectivity of the review. Some lawmakers and activists tried to get the pipeline decision delayed until the State Department investigated allegations of a conflict of interest, but the Obama administration has yet to release any findings on whether such a conflict exists.

While activists point the finger at the State Department’s contractor, emails obtained through a Freedom of Information Act request by the Energy and Environment Legal Institute show that environmentalists were working with federal officials to kill the Keystone XL pipeline.

In one email, Lena Moffitt of the Sierra Club — a major pipeline opponent — wrote to three senior policy staffers at the Environmental Protection Agency about a meeting they had where they discussed ways for the agency to inject itself into the Keystone debate.
This is also one more reason to get rid of the EPA.  Speaking of corruption,
San Francisco billionaire and environmentalist Tom Steyer has spent millions on green causes, including opposing the Keystone XL pipeline.
...
Steyer founded a hedge fund called Farallon Capital that holds hundreds of millions of dollars in companies that make oil pipelines.
...
Delaying the approval of the Keystone XL pipeline, which will bring Canadian oil sands to Gulf Coast refineries, would serve the interests of Kinder Morgan. Steyer has even admitted that his own investments with Farallon Capital could benefit from such action, but has promised to give any profits he made of such investments.
Yeah, sure he will.


Speaking of corruption and federal agencies, the new IRS commissar- ah, commissioner- was promising to fix things.
The new head of the IRS has apologized to those who suffered because of the agency’s targeting of conservative groups, after he testified before a House subcommittee for the first time.

IRS Commissioner John Koskinen told reporters after the hearing before the House Ways and Means Committee that the singling out of such organizations for special scrutiny would be “intolerable,” and vowed the IRS is not doing so now.
Yeah, we might believe that when there's independent confirmation.  Not before.
Koskinen also expressed concern over the amount of time and manpower being spent by the IRS on the investigation into the scandal, calling the probe a “major drain” on resources.
And it's all self-inflicted, so don't whine about how terrible it is.  Especially to the people being screwed by your agency.  Especially after hearing about this:
Koskinen drew criticism earlier this week when he announced he was reinstating cancelled 2013 employee bonuses.
To improve morale, y'know. 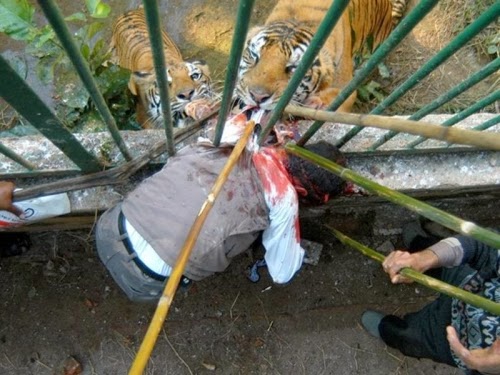 Someone found some video of the aftermath; do NOT watch if 'graphic content' is a problem.

More reason why lots of guys are deciding against college; on top of the insane costs and general stupidity, the chance of being labeled a rapist on bullshit 'evidence'.