crap to LE agencies(annoying autoplay warning), including
The federal government shipped nearly 4,000 more assault rifles to local law enforcement agencies in the three months following the Ferguson riots, marking a huge surge in the amount of lethal firearms being doled out to police and sheriff’s offices.
...
What has risen is the number of weapons being transferred out — for example, that huge spike in rifles. Ms. Schirmacher said that was because a moratorium on weapons transfers between agencies expired last fall, and then this August — coincidentally, the same month as the initial Ferguson riots — thePentagon itself began issuing weapons again.
“This has created a high demand for both new requests for weapons as well as transfer requests,” the spokeswoman said.
Does this look like a group of peace officers to you? 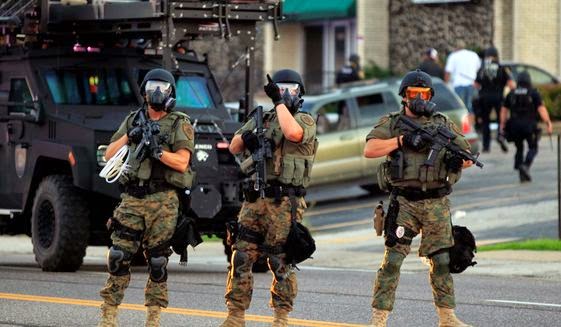