You have two choices abou- actually, either way you get this

from the current activities of the Laddites of CSGV: 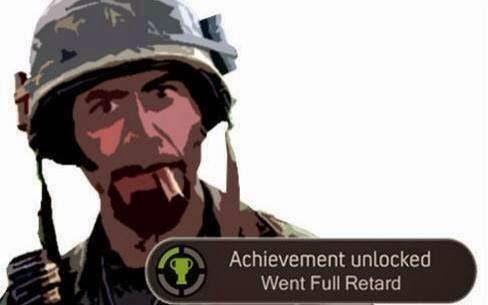 It seems they're trying to put LOTS of distance between themselves and that idiot "Steal your parents gun and take it to school, for Safety!" video:


Despite the relentless attacks, those who share Sincic’s perspective haven’t exactly rushed to her defense. In fact, one of the country’s leading gun control advocacy groups on Tuesday all-but threw her under the bus, suggesting that she may have been hired by right wing activists to stir controversy and anger.

“I smell a rat here,” Ladd Everitt, a spokesman for the Coalition to Stop Gun Violence, told Vocativ on Tuesday. “To me, this reeks of something that’s been planted.”

“It’s shocking how this suddenly went viral on right wing media when no one in our movement is promoting this video,” Everitt continued. “I’m actively questioning who this woman is. And I’d like to know who paid for this and why.”

Really?  Problem:
...Hell, haven’t you been checking your Facebook Page lately? Or was it because maybe in your legal department called and told you “Hey, this video is totally screwy and anybody following it will end up wearing orange rompers and having a fierce introduction to alternative sexual modes of intercourse” that you decided to change your original support for Ms. Sincic’s Public Service Ad ?


Also from Miguel: both a "Nobody wants to take your guns!" my ass, and "Why they really want registration":
I want to see some future where the word GUN is taken out of the dictionary and history books. I want no idea in the futures mind of what such a primitive piece of 1800th technology from China it is. Cheap man killing GARBAGE. That needs to be broken in half thrown in the fire; just like 451 and books, except guns. Something for crying out loud. It would be more normal just to have the fed go by the gun registry and take them but we all know how this will end up and most likely will, a civil war. So if it’s a war these gun nuts want then let’s give them federal and police HELL. Police brutality? Not until justice is served cold and hard. Then I want to hear about “police brutality”. What’s brutal is a race f*cking killing themselves! Barbarism, we are no better than the so called terrorist!!
Because of a new range opening up.  These people shouldn't be near a keyboard when they're off their meds.

I would also appear they read the Man-Kzin War books, and think the UN method of changing history is a fine idea.  Which means unauthorized unedited history and other books wouldn't be allowed.  Wonderful people with the CSGV.

Them people sound like creeps and jumped up little nazi's

I wouldn't shed a tear if they had themselves an accident

It seems those advocating the loudest for tossing out the second amendment and confiscating firearms are also the most vocal about rendering violence towards their fellow men.
I suspect they were bullied at school and never found that showing strength and fighting back works, yet have fantasies about exacting revenge upon their former opressors.
Rather sad really.

Do these idiots think that no one was killed before guns came around?
I'm pretty sure the Mongols weren't using AKs when the made half the world their bitch.

Not the part I was thinking of, but definitely there

Burn guns, then books then people.
And this guy's views are common with leftists.