Over in Tolerance & Respect Land,

Seven Dutch teenagers and an adult man accused of kicking a football linesman to death at a junior league match have gone on trial in the Netherlands.
Well, that sounds bad.
Seven teenagers and one father, identified only as “El Hasan D”, appeared in court in the Dutch town of Lelystad, where they faced charges of manslaughter, public violence and brutality. Mr Nieuwenhuizen’s widow and one of his sons arrived at the court but declined to speak to journalists.
Uh-oh, better watch what you say about them!  But don't worry, the Court is on the watch:
“After a long time, your trial is finally beginning,” judge Anja van Holten told the accused. Most had been in detention since the attack. “These will be difficult days for you. We will try to take that into account,” she added.
Awww, isn't that nice?


Completely unrelated to the above, I was looking at the Hodgdon/Winchester loading data site, and noticed they have some load data for .50BMG; how does 225 to 260 grains of powder sound?
Hey, with the lighter load you can get 31 rounds from a pound of powder!


About the FBI shooting that suspect in Florida?  Curiouser and curiouser...
Thanks to Shermlock for that second link.
Have to borrow a quote from the Ace post:
I don't know if that happened here. The guy could have lunged for the sword, and the FBI agent could have just been a little too quick on the draw. (Or perhaps just in time on the draw. Who knows.)
But whereas before I'd provisionally assume the FBI was telling the truth, I gotta tell you: My working assumption is now that they are lying.
Because that's what they do.
Which is exactly why, if the IRS and EffingBI and other agencies actually give a damn about the law and right and wrong, they'd stomp the crap out of the agents abusing power/lying/etc.: because if they don't they're feeding the feeling people have gained that they don't give a damn about anything but their power, and the use of it.


Speaking of abusers of power, we know Holder's lied under oath before, so him lying to a judge wouldn't be a surprise.
Lying to the press about his intentions, either.


You may have noticed that Oklahoma had another visit from the airborne vacuums; this is the back end of one of the supercells traversing the land today 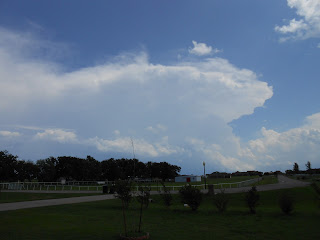 It was south and a bit east of where I was standing; having seen such on a direct approach before, I like this angle better.

Also, this little camera is great.  When I get the right damn settings, and since it has so many that's sometimes problematic. 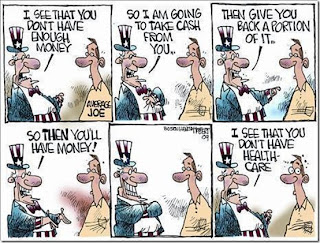 Good grief;  I just checked and, as of September, I will have been doing this for nine years.


Og is a bastard.  thatisall.


One way or another, Ma Nature is always trying to kill you.  And eventually succeeding.

Yes, loading a 50 BMG is best done when you buy milsurp powder for under 6 bucks a pound.