There are offenses for which I tend to lean toward old punishments,

say, something involving heads on spikes...
Around 18,000 litres of Scotch poured into a local sewage works after the gaffe by staff at Chivas Brothers bottling plant.
It's... sacrilege, it is!


The aim isn't 'sensitivity in speech' or any such bullshit: it's control over what people say.


From a journalist who, up till now, has defended just about every damn thing Obama has done:
“I’m all for killing terrorists, but the question is, are you going to be the only one who is in charge of deciding weather you can kill an American citizen?” Williams asked. “You are allowing the president of the United States to decide who to kill and when to kill, who is an American citizen. I think that’s pretty appalling, in my opinion. I think that’s unconstitutional.”
Listen to the whole thing: all of a sudden he's singing the praises of individualism and free markets.  Little weasel.  He also does the 'Obama got bin Laden' line. 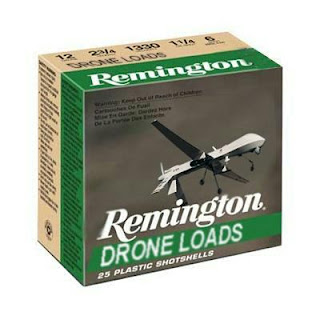 Ran across this a few days ago; A Very Bad Thing:
The KN-08 has been called a "game-changer" for the DPRK, and with good reason.  Assuming the missile achieves its projected range, the KN-08 would give Pyongyang a strike platform capable of reaching much of the CONUS.  And with a mobile launch platform--supported by one of the world's most advanced denial and deception programs--the KN-08 will be extremely difficult to track and target.  Among its various roles, the kN-08 could easily deliver a sudden, surprise attack against the U.S., giving the North increased leverage in its dealings with Washington, and our allies in the region.
The norks with a missile that can reach the continental US; just effing bloody wonderful

Can you tell that I have spent an unhealthy amount of time thinking about this stuff?

To borrow a line,
"What do you think?"
"I think it's disturbing how much thought you've put into preparing for the end of the world."

Perhaps Juan Williams is maturing and thinking incrementally less partisan, or maybe he's thinking about what may happen in 2016, and how the evil other party might have a President instead of the Sainted Democrats. Precedent is precedent, and the media only worries about over reaching power or imperial presidency when it's a Republican President.

It occurs to me that the energy source issue was solved with the transporter. The whole point was to create pizza where there was none, at a different place than where the original was converted to energy.

I'd guess the 'trip the material into converting' process requires energy to start the process.

Which makes me wonder: if you could set up a loop, once started just drop some junk in occasionally for the energy to keep the process going...