to the unions and Obama:
New documents obtained by Judicial Watch show acting National Labor Relations Board General Counsel Lafe Solomon joking that the NLRB’s suit against Boeing would kill jobs in South Carolina. Commenting on a Planet Labor article whose headline suggests Boeing might not be able to open its new plant in South Carolina because of “antiunion behavior,” Solomon writes:

The article gave me a new idea. You go to geneva and I get a job with airbus. We screwed up the us economy and now we can tackle europe.

Solomon goes on to complain that Obama NLRB nominee Craig Becker may be getting the credit for the Boeing suit: “I didn’t read all of the meltwater articles but some of the headlines tie boeing to craig. Unbelievable.”

Solomon’s colleague, outgoing NLRB Chairwoman Wlima Liebman, replies by soothing Soloman’s bruised ego. “None of the articles tie craig to boeing. Just mention his recess appointment. No one is raining on your parade,” Liebman wrote in reply.
...
Well, in the wake of the NLRB’s unprecedented lawsuit against Boeing, there has been talk of the lone Republican on the board resigning to deny it a quorum. That would paralyze the NLRB, preventing it from additional power grabs for a while. The Nov. 3 order is a way around that. If Brian Hayes, the GOP NLRB member, resigns, then by the authority of this order Lafe Solomon effectively takes over and can certify union snap elections, continue suing American companies on behalf of Big Labor, and so forth. That is spelled out in the order’s supplementary information section:
Because keeping the unions happy so they'll keep supporting Obama is FAR more important than people in South Carolina losing jobs.


And there's Obama & Co. throwing lots of OPM to campaign donors:
Obliviousness to the e-mail trail also is playing a part in the unraveling of the Solyndra scandal. The Associated Press reports: “Newly released emails show that, contrary to White House claims, a major donor to President Barack Obama pushed for a loan to a solar energy company that later went bankrupt.”


The family of Brian Terry doesn't think much of Holder's attempts to evade responsibility:
Brian Terry’s father, Kent, and his mother, Josie, shared their thoughts on the testimony with Attkisson.

Josie Terry said of Holder, “I thought he was very evasive. I thought that this was his second time around, and I still didn’t get anything out of it — at all. Seems like all the questions that he was asked, he was evading or throwing someone else underneath the bus.”

Kent Terry added, “We’ve heard five different stories, and every time we hear (a new) one, (it) is different. We never got a straight answer.”
Well, until someone puts Holder and/or Napolitano and/or Mueller in a corner with no outs, you won't.


A while back I was informed by someone that not only did no Democrats have any responsibility in the economic mess, not only was it all the Republicans fault(this included things like "Not getting what wages are 'just' is WAGE SLAVERY!" and such); much of it traced back to 'that bastard Reagan'. Seems the OWS clowns are sticking with that. And it being all the fault of the JOOOOOOS, of course.


Yeah, I can think of people who might get alarmed at that kind of message.


Some flat amazing underwater pictures Thanks to Bayou for the link


I'd say I found a loophole, 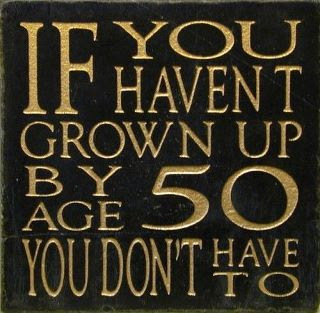 but still, going to be a busy few days, so no free ice cream here for a bit
Posted by Firehand at 09:08