The final(almost, I think) modification to the Lee powder measure

When last we were on this subject I'd made/modified a couple of pieces to suit.  And it was working nicely.  Then, couple of weeks ago, was loading with IMR4895 powder and a problem occurred: some granules were getting stuck in the brass adapter, then falling out as the case was lowered.  Screws with the charge and dumps powder on/into the press.  And this was with the factory adapter, not my homemade, so it wasn't me.

I think what was happening was the larger(than previously used powders) granules were 'bridging', some of them getting jammed slightly in the throat and not dropping.  Until you lowered the case, and that slight vibration caused them to fall.

Solution(I figured): widen the throat from the top down into more of a funnel.  So ran to the tool store and picked up something I'd wanted at times anyway 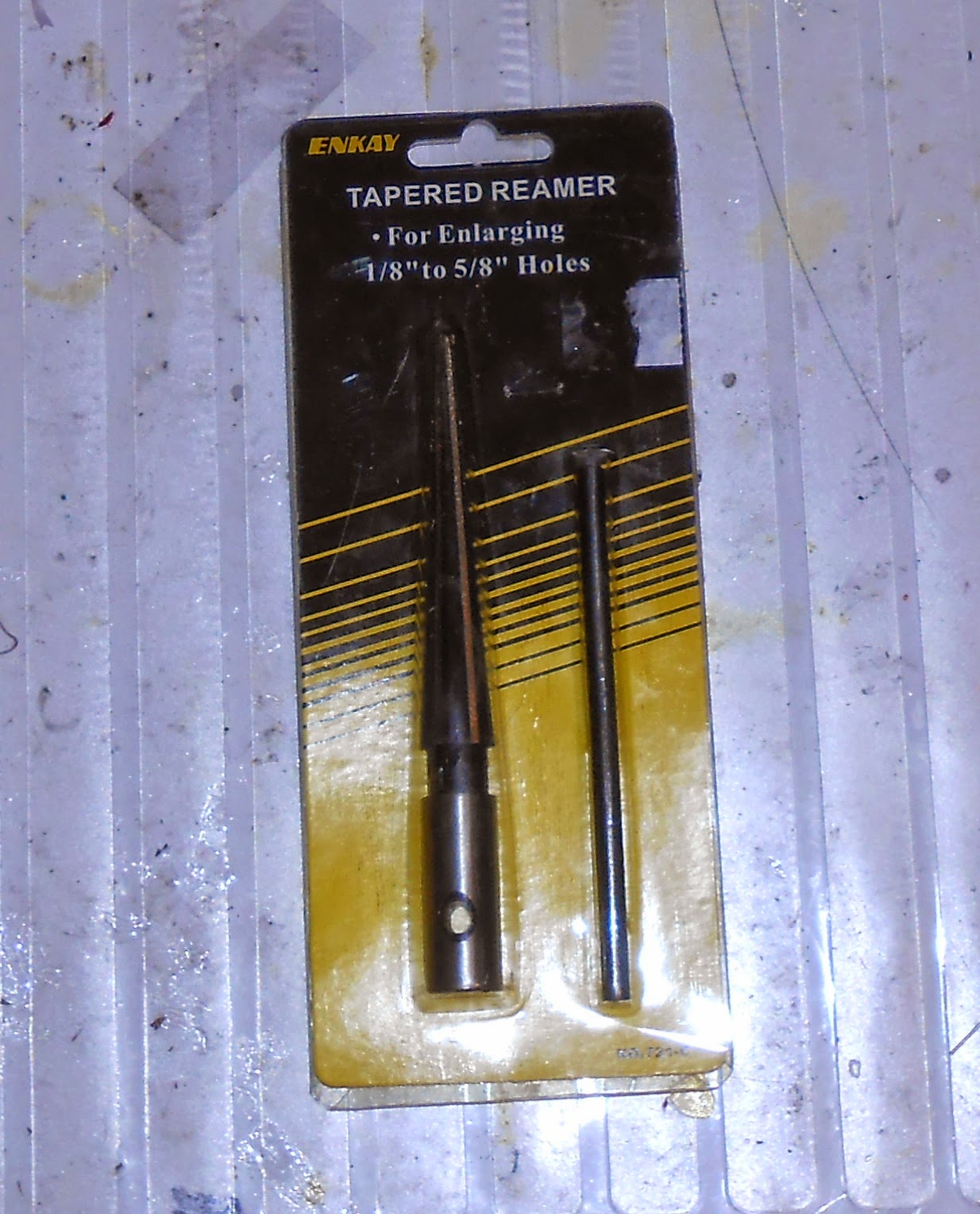 Clamped the adapter in a suitably-padded vise, brushed some cutting oil on the reamer, and started cutting.  About every 3-4 turns pull it out, brush the cuttings out of the flutes, then a little more oil and back to it.  When cut it into a suitable-looking funnel*, used the drill and sander to taper a piece of wood dowel to a fairly close-matching taper, split it for an inch or so with the hacksaw, slid some sandpaper into it and chucked that into the drill.  That worked nicely to polish the funnel(I got some chatter marks).  Then flush it off with brake cleaner, let dry, put it in the die and gave a try.

That seems to have solved the problem nicely, as it has not happened again.

I've been pretty impressed with this measure; it doesn't like flake powders(with some, neither does the Dillon measure), but it works with stick powders better than anything else I've ever used.  I can mount it on the Dillon to load with those, and it's been remarkably consistent with them.  All the mods I've done have been to make it work the way I wanted on my Dillon, and that involves the adapters and tube in the charging die set.  I can live with that.

* I did not cut all the way to the exit hole on the bottom, just cut the funnel from the top to a point a little shy of that.
Posted by Firehand at 09:02