On Reset Buttons, and a 'Holy CRAP!' moment

Went to Kevin's place for my regular dose of "There went THAT good mood" and found this link to Rustmeister who linked to Mad Rocket Scientist on the subject of reset buttons and disaster and what could/would happen.
(as an aside, screw California: it's not the only place with nasty fault lines. When the New Madrid fault turns loose again- hopefully a looong time from now- FEMA & Co. are going to be too busy to help most people)
I've known some people- good people, generally- who flat refuse to consider such things: it's just too disturbing to them so they just don't think about it. One friend just won't think about the possibility of terror attacks in this country, she just can't handle it. So they have no supplies for emergency use, and won't even make a list. And if/when something major does happen, they'll be in line for help from the nice, overworked gummint people because neither they nor their church or the people around them will have anything. And the people who did prepare are not going to hand out their stuff: they can't help the whole damn street, and if they give their stuff out they're screwed too. Shoot looters, yes: hand out their water and food, no.

And then, just to complete the evening, he linked to this, which led to this: 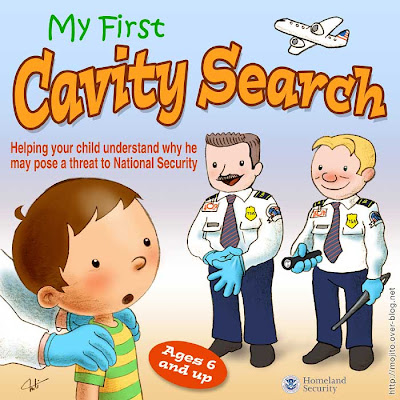 (my addition) Sponsored by the fast-food rejects with police powers
Posted by Firehand at 18:26

You gotta wait a couple of days, but I got a Quote of the Day out of this post!

the New Madrid is under Mississippi, Tennesse and Arkansas...

Still be a disaster though if it gives a magnitude 8 next time...

all those soft sediments liquifying under highways, runways, gas and water pipes, buildings...

That's what I meant by 'screw California', that they're not the only place with a serious fault.

Followed the links to the Police checkpoint toy:

The user reviews and the tags were brilliant.

I might just buy one for the hell of it.