Because Congress is a third party who doesn't need to know

what federal agencies are doing.
In other nondisclosure news, the House Oversight Committee turned up letters Wednesday showing that HHS ordered the private contractors partly responsible for the Healthcare.gov fiasco not to cooperate with congressional investigations or hand over documents. For no pertinent reason, HHS reminds them that they signed contracts obligating them not to share information with "third parties."
Whoever signed those orders should be subpoenaed, and told 'Answer or jail, your choice.'


In some cases, probably.

Anyone else suspect that a lot of this is driven by the resentment unattractive women feel toward attractive women? Amanda Marcotte, any comment?
And isn’t it positively deranged that the same people who champion “slut walks“* excoriate men for paying attention to women’s bodies? It’s like the left is saying, “We champion the right of women to dress like sluts, but any man who looks at them is a thought-rapist who must be punished!”


* This link leads to pictures of scantily clad San Francisco feminists. You have been warned.
Also, 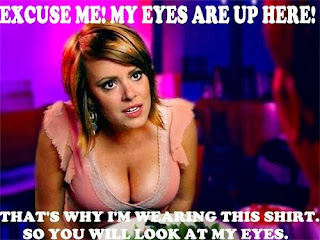 Yes, get rid of the damned subsidy; either they work or they don't, stop paying them off either way.


Start disbarring the bastards who commit the crimes, and the judges who let them get away with it.  And take away their immunity so they're PERSONALLY liable for damages; they start seeing money from their own pocket threatened, a bunch of these dirtbags will straighten up.

Speaking of dirtbag judges, we have State District Judge Jean Boyd in Texas.  'Disgusting' doesn't begin to cover it.


"How dare you post our kids' picture?  All he did was breaking & entering and vandalism and drugs!"
Said parents whining about this should be given ten lashes in the town square.  With pictures posted on all local news sites and shown on the evening news.


"Yes, he's a racist, but he's black; so we have to be careful how we deal with him.  White guy?  Oh, a white guy saying this about blacks, he'd have been gone the next day!"
The controversial Department of Homeland Security employee who ran a black supremacist website and claimed blacks would have to “kill a lot of whites” to “survive the 21st century” is no longer employed by the agency. DHS did not reveal whether he was fired or allowed to resign.


"How dare you question rape culture!  What'll we do if we can't blame men for everything?"

Regarding that hsa racist, I suspect he was simply promoted to another job; at least that was the way the system worked when I was employed by the .gov. Especially true for the aa employees.