Why does (fG)Britain have such a low homicide rate?

they lie about it.  Including
Since 1967, homicide figures for England and Wales have been adjusted to exclude any cases which do not result in conviction


Speech in Canada(sure as hell can't call this 'free'):
Asked whether he ever felt intimidated or threatened, he said, “There was a very clear choice laid out to me. The police said, ‘we don’t believe this agrees with [our] values, so either you have to give up your chaplaincy or you can have this speech.’
Rabbi, you made a bad choice.


Obama's minions have no problem at all with lying to Congress formally, do they?
As far back as December 2012, Obama administration officials were insisting that the data hub at the center of the ObamaCare exchanges was nearly finished.

Yet all the while, they were pushing back deadlines or missing them altogether, to the point where, unless ObamaCare's launch is delayed, millions of people's privacy will be at risk.

Obama officials may, in fact, have flat-out lied to lawmakers about the data hub's progress.
...
At that same hearing, Cohen claimed that the agency was "well along" on its data-sharing tests with "Social Security, with homeland security and with IRS" and would "be able to complete that testing by this spring."

But a June report from the Government Accountability Office found that such tests didn't even start until May, and that they won't be finished until September.
And back in April, HHS Secretary Kathleen Sebelius told the House Ways and Means Committee that the data hub was "basically completed."

But the GAO report said that "several critical tasks remain to be completed" before Oct. 1.


Speaking of lying to Congress, we're back to the NSA:


"The assumption is our people are just out there wheeling and dealing. Nothing could be further from the truth. We have tremendous oversight over these programmes. We can audit the actions of our people 100%, and we do that," he said.


(c) Alexander's own assertion (in June) that NSA was "now putting in place actions that would give us the ability to track our system administrators"?

That is a good question. It certainly appears that the actions of some NSA employees could not be audited 100 percent. And if you want to get really deep in the weeds, see Marcy Wheeler's argument that there are multiple NSA employees with access to private data who wouldn't be tripped up by an analyst audit, because they're working with your raw data before it is queried by the folks hunting for terrorist plots.


Helluva thing to find in the attic.


Also found at ToM,
A: the magma chamber under Yellowstone is even bigger than previously thought.
B: the putative adults in this video ought to be horse whipped. Or staked out in front of the herd. 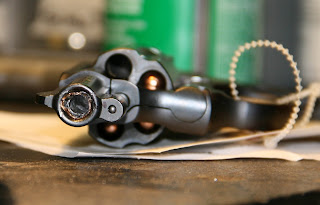