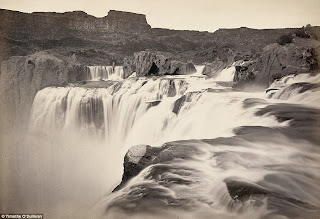 
These miserable disgraces to peace officers should be fired, and prosecuted, and fined for everything they have or ever will have.

And I include the supervisors-however high up they go- who knew this crap was going on.
In two separate incidents hundreds of miles apart, Texas state troopers have conducted body cavity searches on women pulled over for traffic stops on minor infractions in full view of passing motorists. The repeated incidents mean that the uncomfortable, invasive searches are some sort of department policy, civil rights advocates now say.
...
On video of the incident, the two women can be heard yelling with discomfort as the female officer inserts her finger into their genitalia. The officer wore the same glove to search both women.
Fired.  Horsewhipped.  Sued.  EVERYTHING.


Because laws, and obeying them, are for the peasants, not the President and Congress.
And now the White House is suspending the law to create a double standard. The Office of Personnel Management (OPM) that runs federal benefits will release regulatory details this week, but leaks to the press suggest that Congress will receive extra payments based on the FEHBP defined-contribution formula, which covers about 75% of the cost of the average insurance plan. For 2013, that's about $4,900 for individuals and $10,000 for families.
How OPM will pull this off is worth watching. Is OPM simply going to cut checks, akin to "cashing out" fringe benefits and increasing wages? Or will OPM cover 75% of the cost of the ObamaCare plan the worker chooses—which could well be costlier than what the feds now contribute via current FEHBP plans? In any case the carve-out for Congress creates a two-tier exchange system, one for the great unwashed and another for the politically connected.


Ok, this is something I had not considered about the current mess in Syria:
Wide Angle Shot#4: Hundreds of thousands of Syrian refugees are pouring into Jordan. Among the huddled masses yearning to be free are a goodly number of Islamists who hate the Hashemites almost as much as they hate Jews and Christians. The name of the Jihadist game is to foment revolution in Jordan—the so-called Palestinians make up about 80% of the Jordanian population, which makes Jordan yet another Palestinian state, along with happy-go-lucky Gaza. Thus we can expect a replay of Black September any day now.
Obama & Co. are trying to shove Muslim Brotherhood clowns down the throats of the Egyptians now; can you imagine the hissy fits they'll throw if the Jordanians start whacking Obama's Favored?

Those are great photos by O'Sullivan. Unfortunately, I also read the text:

What was it, a wagon or a fold-out box carried in a pack saddle? After finding "dark room wagon" repeated in the next paragraph, I suspect the reporter and the editor don't even know that a "wagon" was a form of transportation pulled behind horses, not carried on horseback.

The stupidity, it hurts.

I was just thinking of Tam's definition of Loophole, and a more accurate definition might be, "someone following the law more closely than you intended."