let's take a look around.
Only 22 percent of all Americans surveyed say they trust the government in Washington almost always or most of the time -- among the lowest measures in half a century - according to a new Pew Research Center survey released tonight.

The results point to "a perfect storm'' of public unrest, Pew reports -- "a dismal economy, an unhappy public, (a) bitter, partisan-based backlash and epic discontent with Congress and elected officials.

"Growing numbers of people want the power of government curtailed,'' Pew reports of a mid-March survey that has found "less of an appetite for government solutions to the nation's problems - including more government control over the economy - than there was when Barack Obama first took office...
...
At the same time, a growing minority of the public also has come to view the federal government as a major threat to their personal freedom - 30 percent express that view, up from 18 percent in a 2003 ABC News/Washington Post survey.
I'd argue that that 'when Barack Obama first took office line' is greatly overstating; a lot of people still had themselves fooled that Obama was what they wanted, vs. what he is.


So what happens when there is a real white supremacist, neo-nazi rally? Almost no one notices.

As reported by the LA Times, a neo-nazi rally Saturday in Los Angeles drew a whopping 40 white supremacists and several hundred counter-protesters:
...
Outside of the local media and a handful of blogs, the event received scarce attention. None of the usual suspects bothered to cover or comment on it. Firedoglake and Huffington Post covered it, but we saw none of the hyperventilated commentary and lecturing that is directed at Tea Parties.


WASHINGTON -- Politically connected staffers in Hillary Rodham Clinton's State Department twisted arms to steer a $5.4 million contract for crystal stemware to a tiny interior-design firm without putting it out for bid -- a move that shut out a well-known New York glassmaker, a department whistleblower told The Post.

Two senior State Department contracting officials, Randolph Bennett and Tandra Jones, successfully pushed for the contract to go to a firm run by Denise Mathis-Gardner as a no-bid minority "8(a)" contract, the source said -- an action that one shut-out competitor complained cost taxpayers an extra $1 million.
...
Records show Bennett gave $1,000 to Barack Obama's presidential campaign, $2,000 to the Obama Victory Fund and $2,300 to the Democratic National Committee for the inauguration.

According to the source, Bennett and Jones and their superiors steered the contract to SDI even after agency officials and at least one competitor complained it was a taxpayer rip-off.
What? A Clinton and staff involved in wrongdoing? Whoda thunk it?


Ref the vile Eric Massa,
Heh. I’ve been referring to Congress as being barons and petty-nobility - very, very, very petty nobility - for some time; but it’s nice that other people have noticed. Eleanor Clift (via Instapundit):

It took just three weeks for upstate New York Democratic Rep. Eric Massa to resign his seat in Congress after accusations surfaced that he had sexually harassed members of his staff. The long trail of unwanted and often abusive advances that preceded his resignation—and why his alleged behavior went unreported for so long—highlights how much Capitol Hill is a feudal society, with each member the lord of his or her own territory.

If anybody expects me to believe the Democrats didn't know about this, and didn't consider trying to cover it up, you're wasting your time. This is another of those things that feeds into the distrust of Congress. For that matter, so does this: 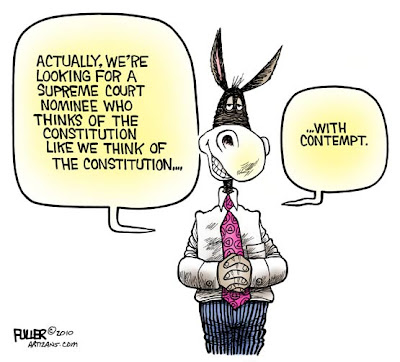 In years to come – assuming, for the purposes of argument, there are any years to come – scholars will look back at President Barack Obama's Nuclear Security Summit and marvel. For once, the cheap comparisons with 1930s appeasement barely suffice: To be sure, in 1933, the great powers were meeting in Geneva and holding utopian arms-control talks even as Hitler was taking office in Berlin. But it's difficult to imagine Neville Chamberlain in 1938 hosting a conference on the dangers of rearmament, and inviting America, France, Brazil, Liberia and Thailand ...but not even mentioning Germany.

Yet that's what Obama just did: He held a nuclear gabfest in 2010, the biggest meeting of world leaders on American soil since the founding of the United Nations 65 years ago – and Iran wasn't on the agenda.


What's that line, 'you make something pay, you get more of it'?
Ontario's newly streamlined human rights watchdog is swamped with allegations of sex, race and disability discrimination, the Star has found.

"We are really overwhelmed by our volume of cases now," said Katherine Laird, the senior official whose job it is to support people who say they are victims. "Our phones are ringing off the hook."

The Ontario Attorney General created a new human rights system nearly two years ago, making it easier for people with claims to get a hearing before the Human Rights Tribunal of Ontario.
Yeah, make it easier for people to claim discrimination and act surprised when the number jump. Yeah, that's the ticket.


Ace pointed to this animation of the ash cloud movement from Iceland.


The Iraqis may have whacked al Masri; good news, if true.


Ok, so E.J. Dionne proves just what a statist prick- or flat moron- he is:

Who are the men and women of the IRS? They are the people who collect the revenue that allows the government to finance our troops who are in harm's way, help our wounded warriors, pay Grandma's Medicare bills, cover the costs of keeping our food and drugs safe, and do so many of the other things the vast majority of us want our government to accomplish.

Yes, if you support our troops, you have to support the work of the Internal Revenue Service.

STFU EJ! I don't have to even believe the IRS should exist and I damn sure don't have to equate a bunch of bureaucrats with our troops. I hold no animus against the many decent IRS workers, but this is just stupid on steroids.
Speaking of which, 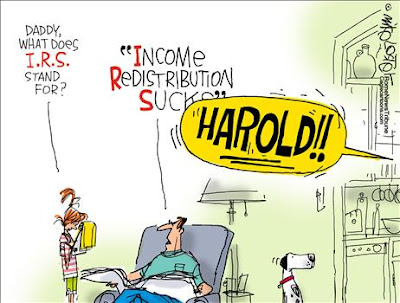 And last for now, Stormbringer notes this about Eyjafjallajokull:
The last eruption in the glacier lasted two years, from 1821 to 1823.

To quote Vice-Perpetrator Joe Biden: "This is a big eff-ing deal!"