Ex and daughter are at a con in Texas, and so I have these two here for the weekend 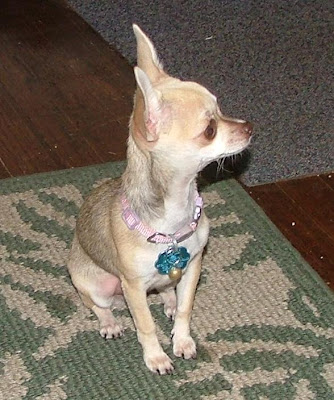 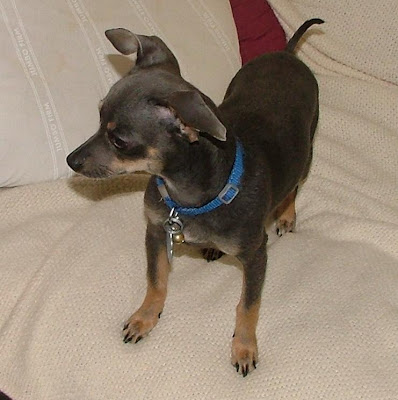 Xoco, on top, no longer looks like a bobblehead, and Rhapsody has grown considerable. Her right ear tends to stand up and the left is folded about halfway. Most of the time. And they think Security Staff is going to eat them. I haven't had to resort to duct tape as yet, but the roll is handy.

The 'chance of showers tonight, becoming partly cloudy tomorrow' turned into dry overnight and it's raining lightly off & on now. Dammit. I had some mowing to do, but unless it stops now and the stuff dries by afternoon, I can forget that.

The lathe bits came in a couple of days ago, and so did the books. "How to run a lathe" has been started, and it's exactly what I needed: "You don't know anything, so here's how you start". The bit that came with the thing it turns out is a right-cut, and I needed a left-cut, so I took one of the new bits and ground it yesterday and tried it out. Instead of a wheel, I used the belt grinder, on one of the rollers so I had a hard surface with a square corner. It does grind on a curve so you have to shift it back & forth a bit to keep it flat, but did a nice job on that tool steel; then used a diamond stone to hone and polish it. On aluminum it cut beautifully, so I guess I got the angles and spindle speed right. Angles thanks to the book, which has very good drawings and explanations.

I need to get some delrin and brass rods for making punches. And when I have time I'm going to figure out the gears for some thread setting and try that out on pvc(thanks to Og for that suggestion) and find out what I'm doing before I try it on steel. I did find a lube hole in the housing for the backgears, so can take care of that. And I may make a handle for the hand wheel that advances the compound along the bed. Get a spindle for the tailstock(eventually) that's threaded to hold a chuck so I can center-drill pieces. Damn, I wish I'd had this for knife pommels and such years ago.

I think it stopped raining. It was a given that it would rain since the state fair opened the other day. Standard rule here: you can be in the midst of the worst drought in memory, but when the fair gets here it WILL rain. Often a lot.

Aw, crap. Metrosexuals have discovered the canteen. "...woven canvas, leather trim, and fitted with retro-chic metal grommets" for God's sake. Over here you can get an actual insulated arctic canteen(with cover) for $22.50 and shipping. Or for actual water carry, a 2-quart with cover for $17.50. Of course, they don't have anything retro-chic about them, but...

Unrelated to any of the above, I've got a mold that throws 125-grain .38 roundnose bullets, which- except for targets- are just about useless; it's a lousy profile for small game or self-defense. And it's a bit too small diameter for the .38S&W. So I tried something: I set the drill press vise in the bench vise so the jaws were horizontal, set a bullet in and gave it a half-turn, producing a flat-nose bullet. According to the caliper it didn't expand the body, so gave another half-turn; body expansion, not exact in all dimensions(no surprise) but fairly consistent. I'm going to make a batch of these up to try out. For exact diameter you could drill a hole in a 3/8" steel plate and ream it to the exact diameter you want(adjustable reamers are inexpensive at Harbor Freight), set the bullet in and then squeeze it. I'd lube it first, as that'd help keep the lube grooves from getting too squished and probably help remove the bullet. I've got a reamer set, so I need to find some suitable plate. I've got some spring stock that thick, and it's annealed so shouldn't be too hard to cut a suitable rectangle.

If you had a suitable press, maybe a big, heavy-duty drill press, you could make a nose punch with a point; then, if you could make a jig to hold the plate centered you could produce flat-nose hollowpoints. If nothing else, out of a .38 Special or .357 rifle they'd really do a job on rabbits and such.
Posted by Firehand at 06:33

If you had a lathe you could make a push-through sizing die. Oh, wait!

just maybe later. Hmmm, expand the bullet, then run it through the die to even things out...

I need to check for a suitable tapered reamer