The server went 'missing'. Why, however

could that happen?
A secret memo marked “URGENT” detailed how the House Democratic Caucus’s server went “missing” soon after it became evidence in a cybersecurity probe. The secret memo also said more than “40 House offices may have been victims of IT security violations.”

In the memo, Congress’s top law enforcement official, Sergeant-at-Arms Paul Irving, along with Chief Administrative Officer Phil Kiko, wrote, “We have concluded that the employees [Democratic systems administrator Imran Awan and his family] are an ongoing and serious risk to the House of Representatives, possibly threatening the integrity of our information systems and thereby members’ capacity to serve constituents.”
...
It details how the caucus server, run by then-caucus Chairman Rep. Xavier Becerra, was secretly copied by authorities after the House Inspector General (IG) identified suspicious activity on it, but the Awans’ physical access was not blocked.

But after, the report reads, the server appears to have been secretly replaced with one that looked similar.
But wait!  There's MORE!
President Donald Trump referenced the Democratic Caucus’ missing server in a tweet. But because the letter to the CHA was kept secret, many news outlets have not grasped that the House’s top cop documented a “missing server” connected to the Democratic Caucus.
'not grasped' my ass, they don't WANT to report on this.

And yet More!  While various Democrats play Sgt. Schultz("I know NOTHING!"),
Indeed, the CHA issued only one public statement on the case and titled it the “House Theft Investigation” — wording that avoids cybersecurity words while political news coverage raged about other cybersecurity issues in the 2016 election.

Yet even the alleged theft has not resulted in criminal charges — even though the letter also says House authorities have “purchase orders and vouchers” that allegedly show procurement fraud, as well as testimony from a Democratic chief of staff to Rep. Yvette Clarke, who warned of procurement fraud.
So, short version: while most of the media has been screaming for months about anything else, they've ignored this.  For some reason. 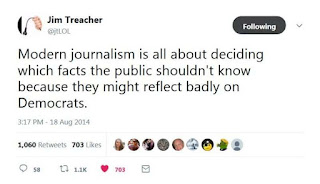 Qanon said this morning that we have the server.