noooo.....
Noncitizens are registering to vote and at best, it seems the federal government’s officials don’t care about this illegal activity.
At worst, it raises questions about whether some in Washington support illegal voting, so long as it supports their political agenda.
The exact number of noncitizens who are voting in our elections is difficult to quantify because of the bureaucratic quagmire perpetuated by federal agencies against the (very few) states that have the resolve to attempt to verify citizenship.


Because, to anti-rights people, having the means to prevent someone burning you to death is just as bad as you being set on fire... 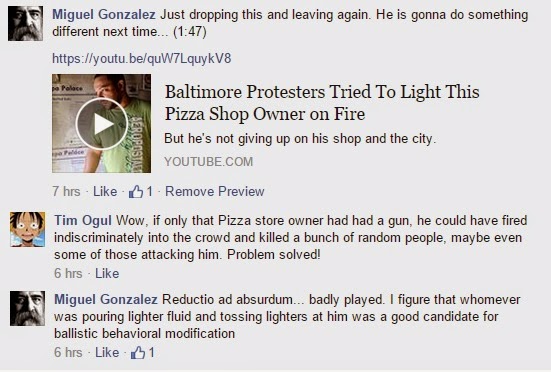 Reminds me of the idiot 'feminist' who said that a woman using a gun to stop a rapist made her as morally wrong as the rapist.


A series that should be interesting:
I had intended to start my series on Bad Apple Lawyers with the current head of the Brady Center's Legal Action Project, Jonathan E. Lowy. However, the more I read, the more I was convinced that I needed to go back further to the law professor who helped initiate the use of lawfare against the gun industry with his novel legal theory. That professor is David Kairys of Temple University School of Law.