And I'm told it happens in all the other branches,

and it's one reason our military is in trouble. 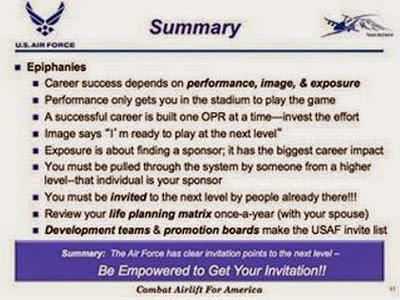 Isn't it friggin' amazing how many people who laughed at people warnings of a caliphate a year ago are fixated on it now?


From the pen of Eric Holder; because we can trust him and ATF to not abuse this, right?
A quick glance at the Federal Register (Vol. 80, No. 37, p. 9987-88) today reveals that Attorney General Eric Holder, who earned cautious praise last month for a small reform to the federal equitable sharing program, has now delegated authority to the Director of the Bureau of Alcohol, Tobacco, Firearms, and Explosives (ATF) to seize and “administratively forfeit” property involved in suspected drug offenses.  Holder temporarily delegated this authority to the ATF on a trial basis in 2013, and today made the delegation permanent while lauding the ATF for seizing more than $19.3 million from Americans during the trial period.
...
Further, the department claims that forcing the ATF to go through a judicial process in order to seize property requires too much time and money.  Whereas an “uncontested administrative forfeiture can be perfected in 60-90 days for minimal cost […] the costs associated with judicial forfeiture can amount to hundreds or thousands of dollars and the judicial process generally can take anywhere from 6 months to years.”  In other words, affording judicial process to Americans suspected of engaging in criminal activity takes too long and costs too much.
'SUSPECTED drug offenses'.  'We don't have time to do legal stuff, we want to steal this NOW!'  Good excuses, right?


They don't just want to tell you what to buy, they want to tell the stores how/where to display stuff.  Because you can't survive without them controlling this.


From Hoyt:
This is not whether a third generation red-diaper baby raised abroad, who by his own admission sought out communists and other America-hating communities loves his country or not, because well… for most of this country (over 50% according to a survey, and mind you these always skew left) the question is not a question and the fact that the man who can barely sit still through the pledge of allegiance, hates our founding documents and thinks we should grant people “positive rights” (like, oh, the USSR) is not overfond of us is not a surprise. I mean, he sat through “Goddamn America” and wrote in his premature autobiography (like a premature ejaculation but funnier) that if it came to a war between America and the Caliphate he’d side with the caliphate.

Love America? I wonder who the 47% are who thinks he does, and whether they’ve been out from under that rock for the last decade.

The hard career truth is that there aren't enough "sponsors" for everyone to have one. So making the suggestion on the slide is meaningless. The sponsors (mentors) pick who they will spend their time with, not the lower ranking guy/gal. So this is really just another form of discrimination. People with mentors vs everyone else. 1:10 ratio. Everyone else just has "bosses".

So yes, it is true. But the person readin ghte slide has zero ability to accomplish it. So making the suggestion displays both wisdom and foolishness at the same time.

It's like telling people to be tall and good looking as the fast track to career success.