It appears the AR-10 project is not going to happen

After various tries, found a gentleman at Black Hole Weaponry who thought it a very interesting idea and was willing to do the barrel work, and brought up a couple of questions, one of which is what's ended this.  Question was on working the rimmed case with a AR-10 bolt & barrel.  I've been using some ideas for this and the magazine from looking at a PSL; rimmed cartridge in a semi-auto rifle.  So I finally had a chance to look at it again, and field-strip it to get pictures of the breech 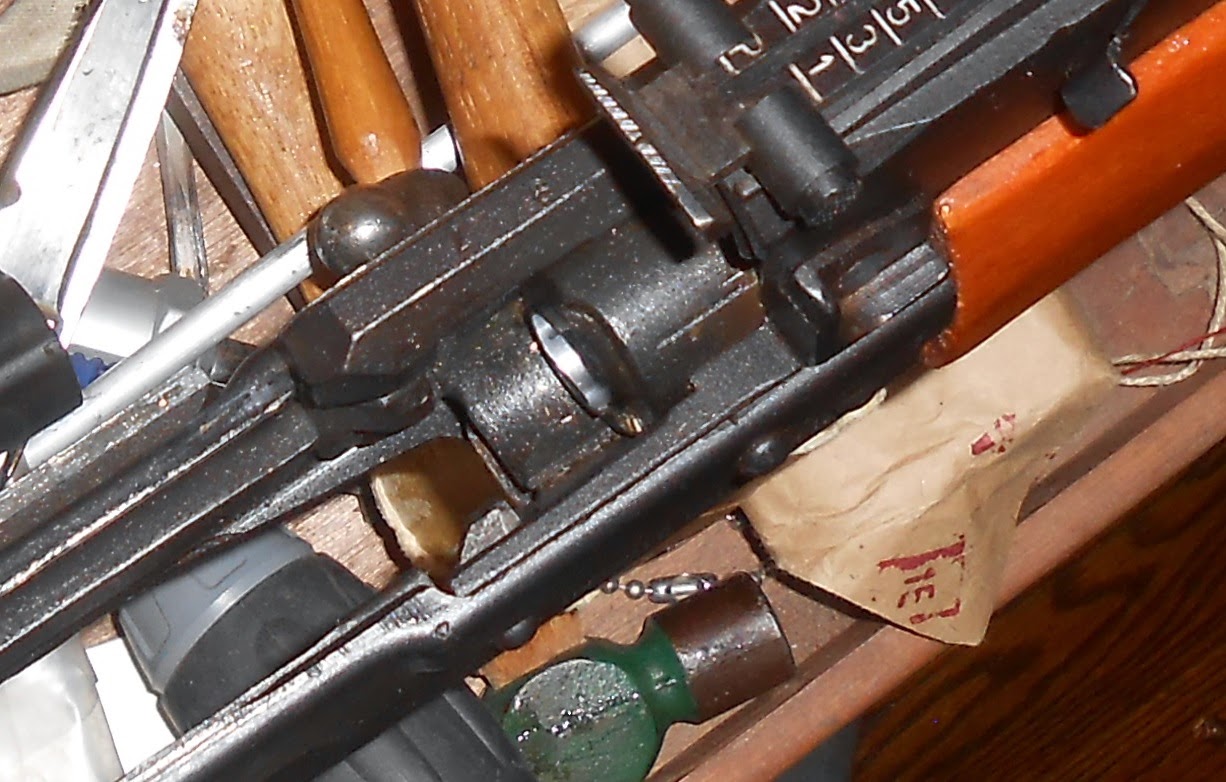 They do it by having the breech extending back from the receiver a bit, and being tapered, with a cutout for the extractor.  And I'm informed that, to keep the timing correct(gas port in the right place, etc.) doing this on a AR would be difficult.  At best.  Plus you'd still have the problem of the bolt face impacting things it shouldn't.  Which means this idea isn't going anywhere unless I or someone else has a genius thought on how to get around it.

Ah well.  Now I have a perfectly good AR-10 upper I need to do something with.  This requires thought.