Had some questions about the Berdan-primed cases and primers,

Both have the same basic construction: a metal cup filled with a impact-sensitive compound which, when crushed between the cup and anvil by the firing pin impact, will flash, said flash traveling through the flash hole(s) into the main body of the case to ignite the propellant.

The big difference is the anvil: in Boxer primers(on the right) 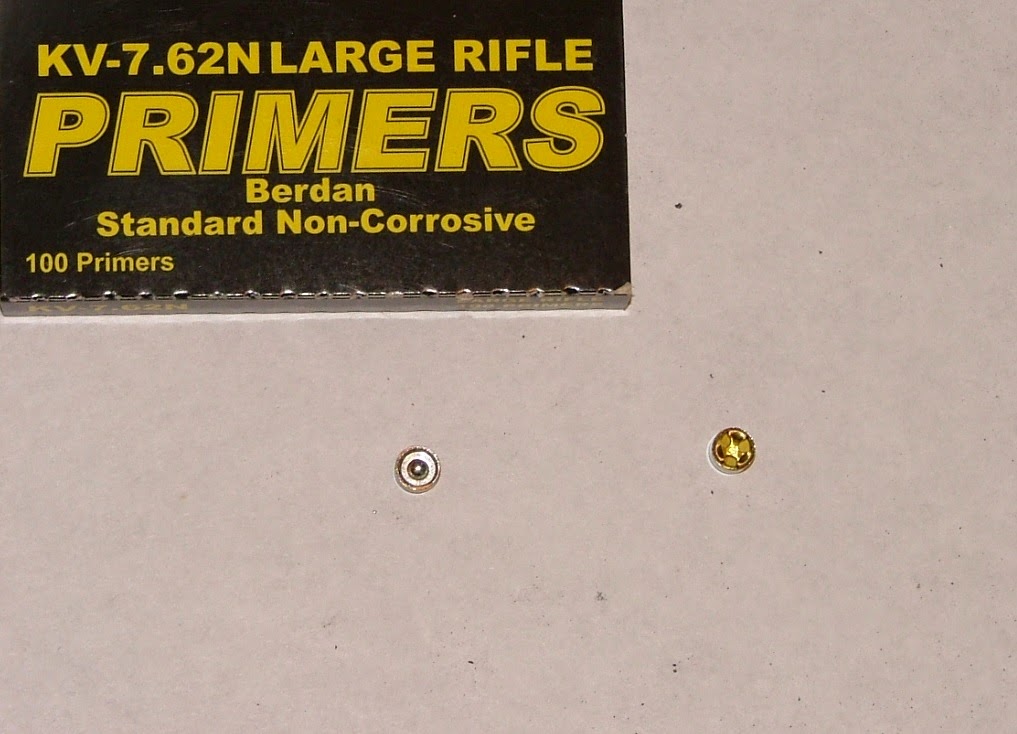 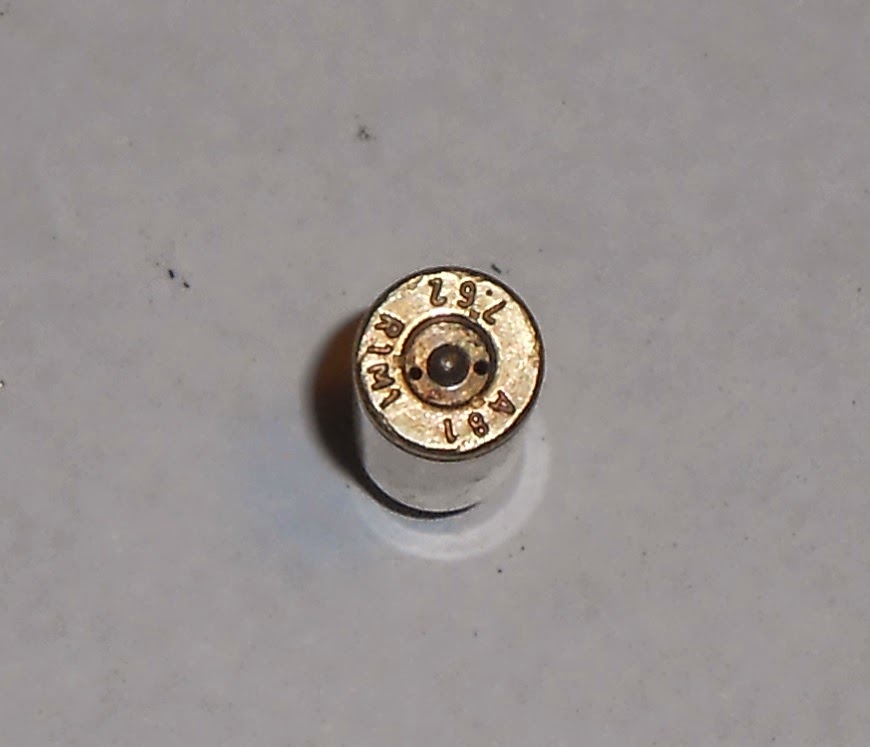 in the center of the primer pocket, with two small flash holes on opposing sides.

With Boxer cases the depriming is simple: the resizing die usually has a depriming rod that, as you resize the case, punches out the fired primer.  Can't do that with Berdan, have to use a separate tool(yes, there are other ways, I'm sticking with this less-messy one).

Here's the RCBS Berdan depriming tool I picked up years ago, just in case: 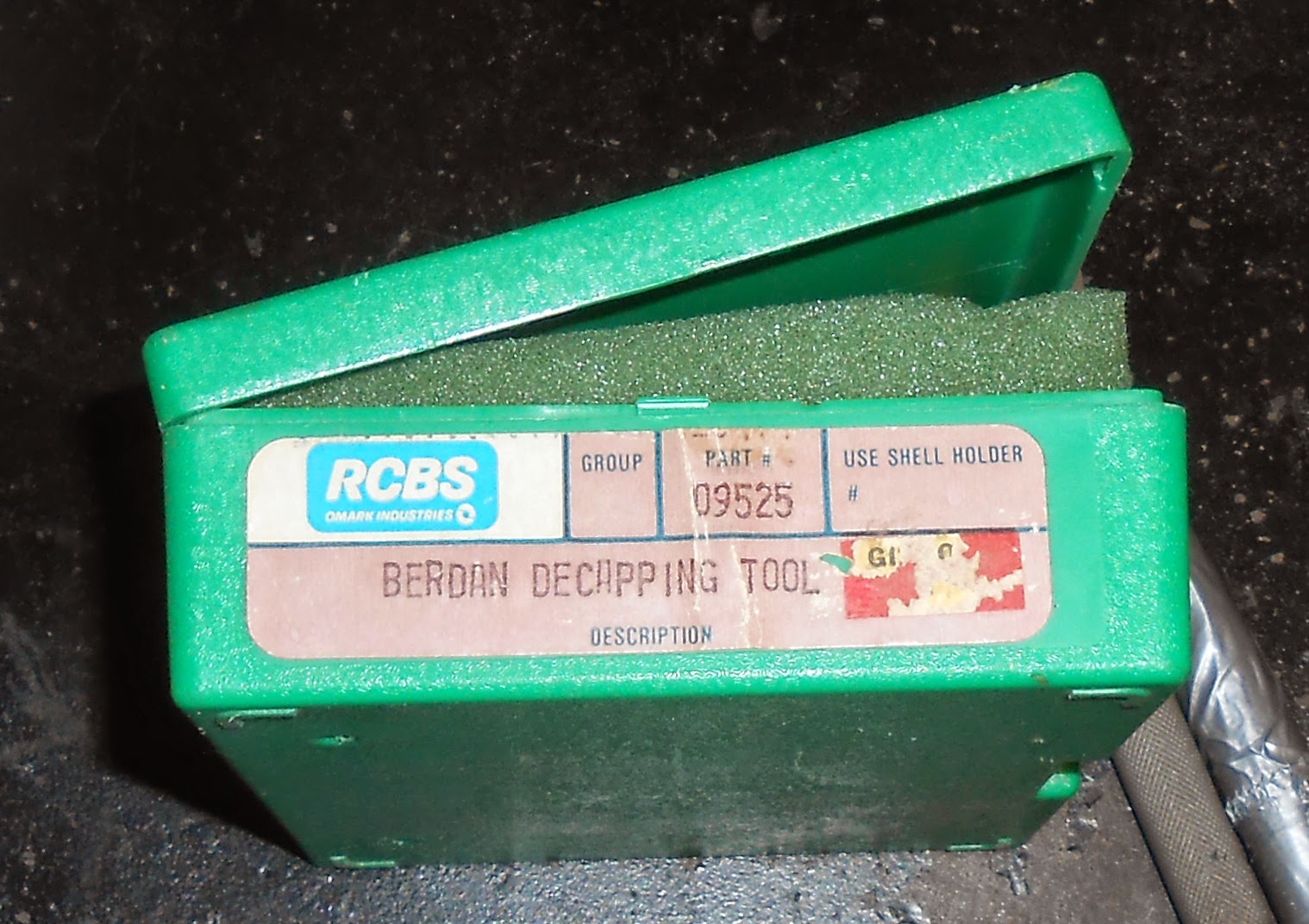 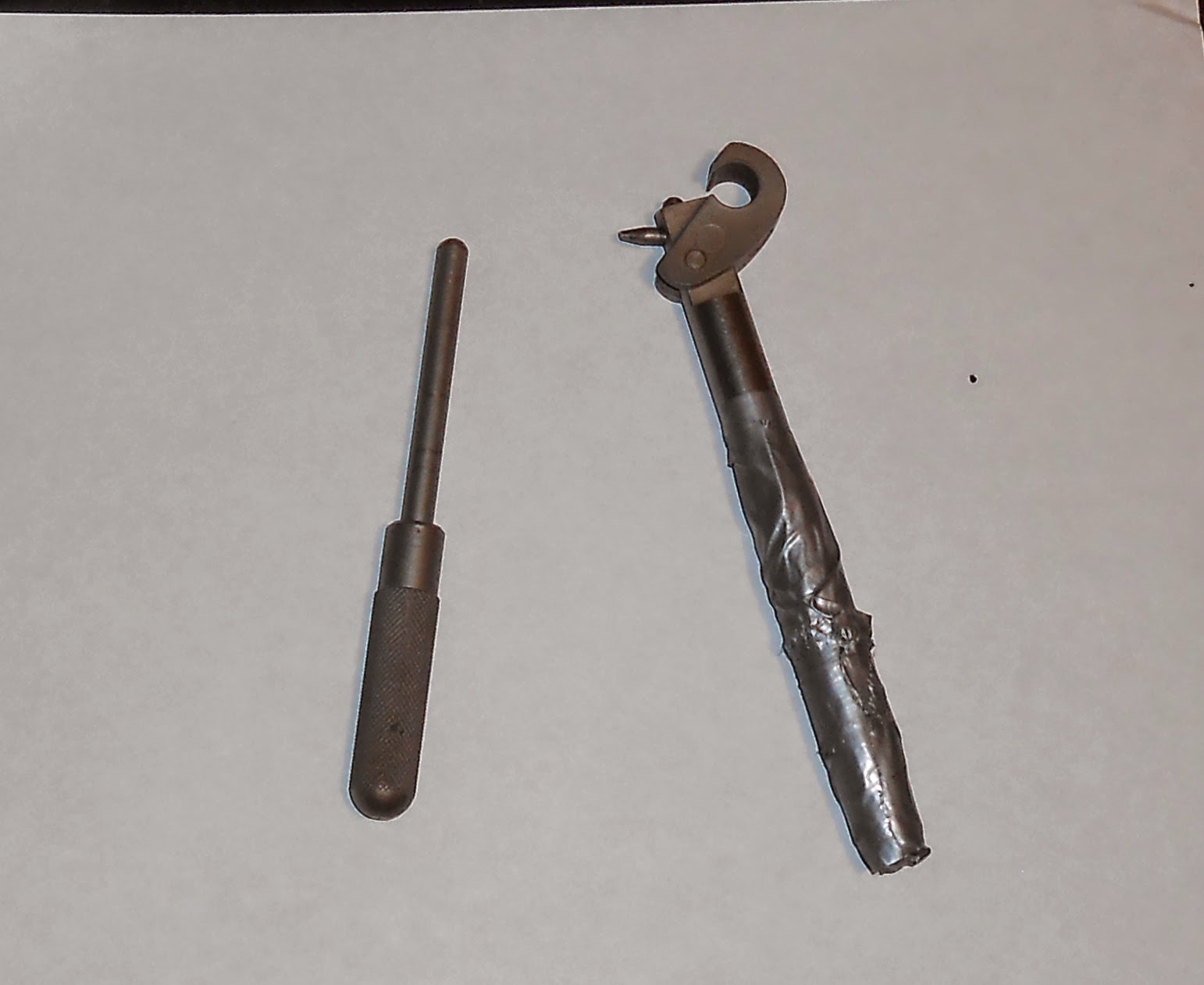 The piece on the left is a handle, insert into the case so you can hold onto it.  The other has a claw to hold onto the rim, awl to puncture the primer, and handle.  The awl is adjustable in length, more on that later.  The tape is because there's nice non-slip knurling on the handle, and because of my hand/arm I've been using a piece of pipe as an extension; protects the knurling and keeps the pipe from slipping off.

Insert handle into case, hook claw onto the rim, 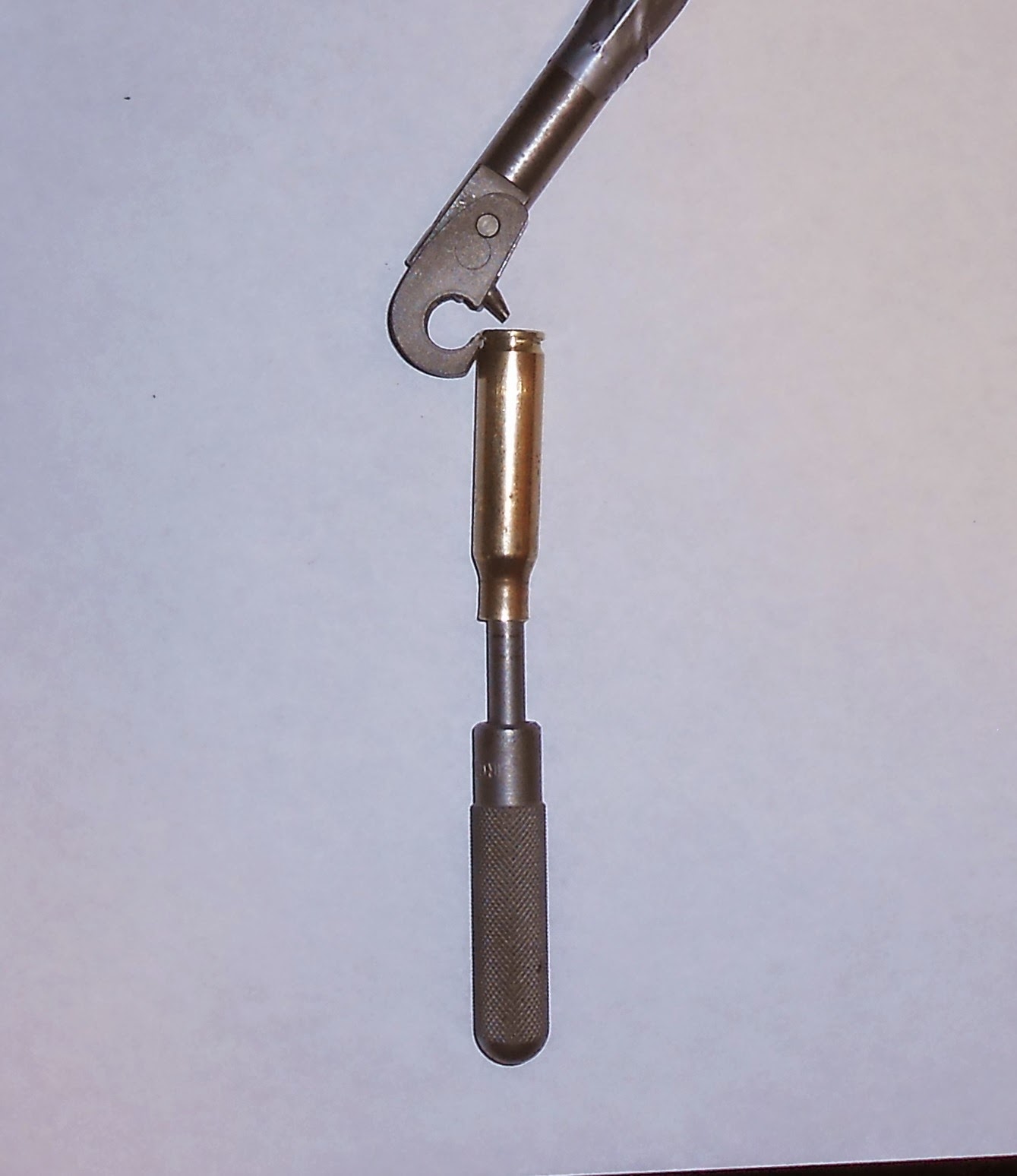 and set the awl point into the firing pin dimple in the primer. 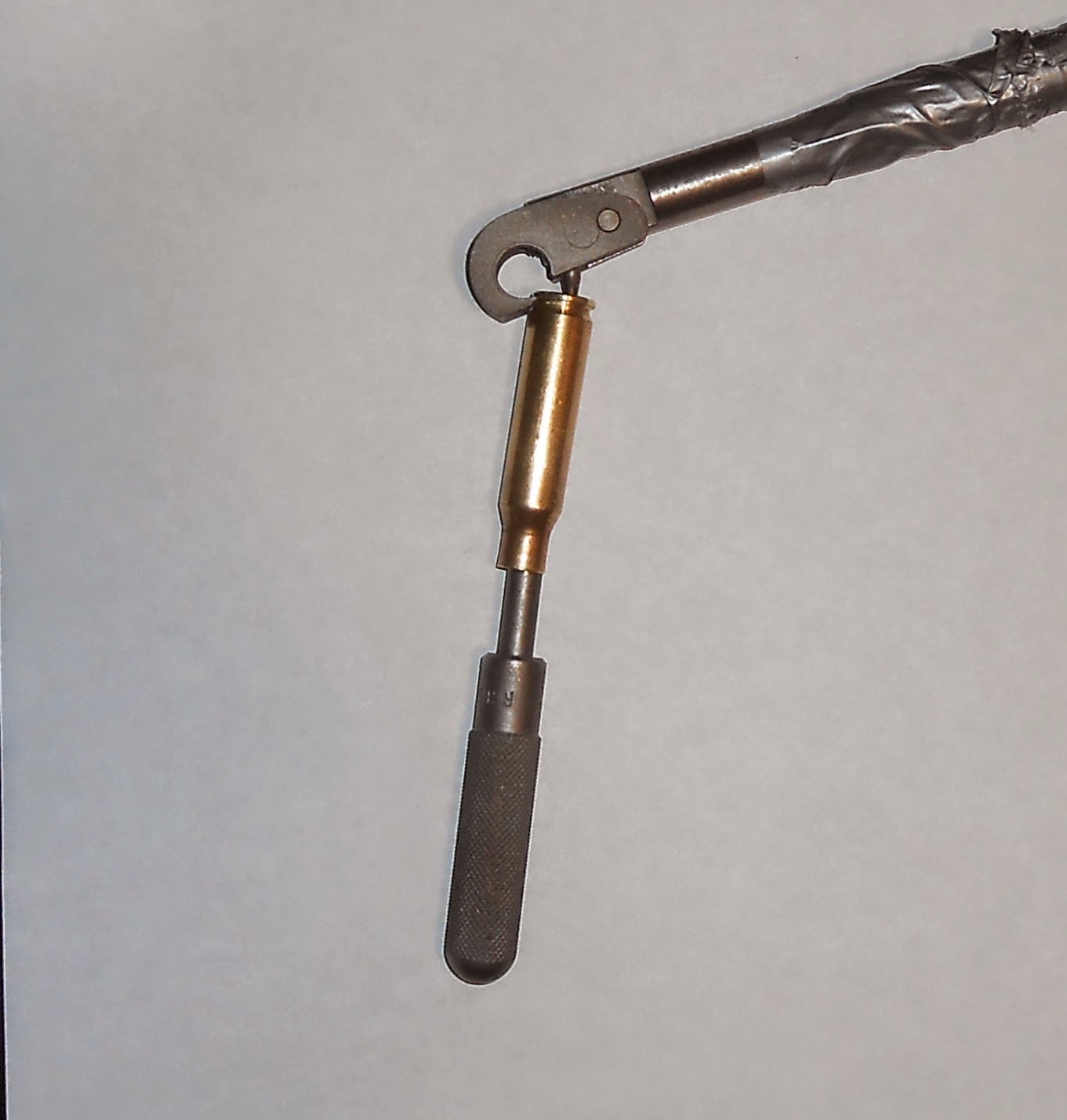 Add pressure until awl punctures and claw body is flat against the case head. 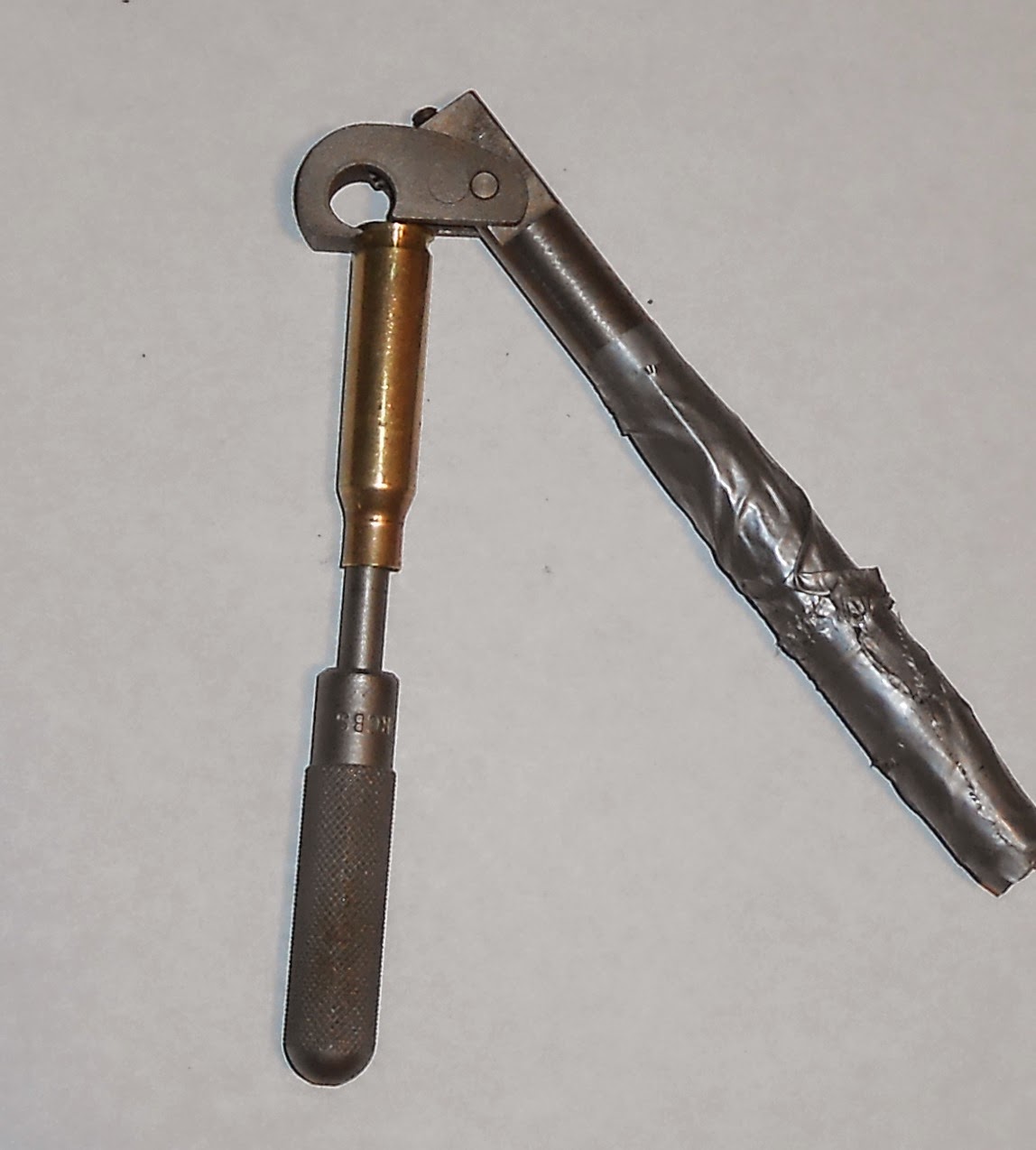 Lever handle down, and the awl should lever the primer out of the pocket.

Now we come to the adjustable length of the awl: if it's too short, it'll tear through the primer cup instead of levering it out and leave it in the pocket.  If it's too long, you can damage the anvil, anything from a 'Crap' like this 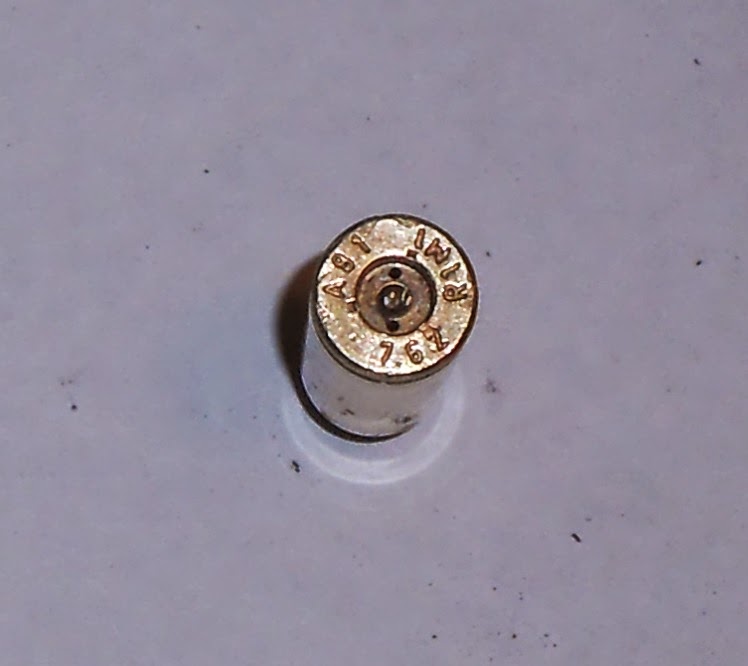 to damaging it badly enough to trash the case(this one's probably useable, but borderline)

After this loading these is just like Boxer cases: resize, prime, and so forth.  You have to remove the depriming rod from the die before resizing; if you don't you WILL damage the rod.

These Berdan large rifle primers are slightly larger in diameter than the Boxer(.215" vs. .210 by my caliper) but work in my Hornady priming tool with no problems, and it seats them nicely.

Worth it?  Depends.  I had a lot of those beautiful Swiss cases I hated to dump in the recycle bucket, and it's worth the extra work to be able to use them.  On the 7.62x39 and 7.62x51, I just like knowing that I can reload them if need/want to.


The only other way I know of to deprime these is hydraulically.  Which basically means 'Make a ram that JUST fits into the case mouth, fill the case with water, set it over something that has a hole under the primer, insert ram, whack with mallet'.  Hit hard enough and the hydraulic pressure will shove water through the flash holes and push the primer out, probably while spraying water on you.  Yes, I've tried it; I prefer this method.

One more piece of history: over time there had been a total of seven different sizes of Berdan primers used in different countries.
Posted by Firehand at 08:37

I had heard about the hydraulic depriming method, but this is less likely to give you an eye-full of dirty water. I never knew that RCBS made anything for Berdan primers. I never thought to look. Now I know.

Thanks for the info.