The frame mods, next step

Main thing I decided to do was undercut the trigger guard a bit and round that area.  Reasons being:
Caspian did a beautiful job making this frame, but it has some sharp corners in places I don't like, main one being the bottom of the trigger guard.  Lovely to look at, but tends to be quite uncomfortable to the middle finger when have a good high grip.  I've had the same problem on S&W M&P and Glock pistols, but in this case I own it and can mod it to my hearts' content.

Stripped the frame, taped the rail area and used some light cardboard on the vise jaws as well, and clamped it- VERY carefully, just enough pressure to hold- upside-down in the vise, then used a sharp half-round file, first cutting down right at the back of the guard just in front of the curve down into the grip(left arrow). 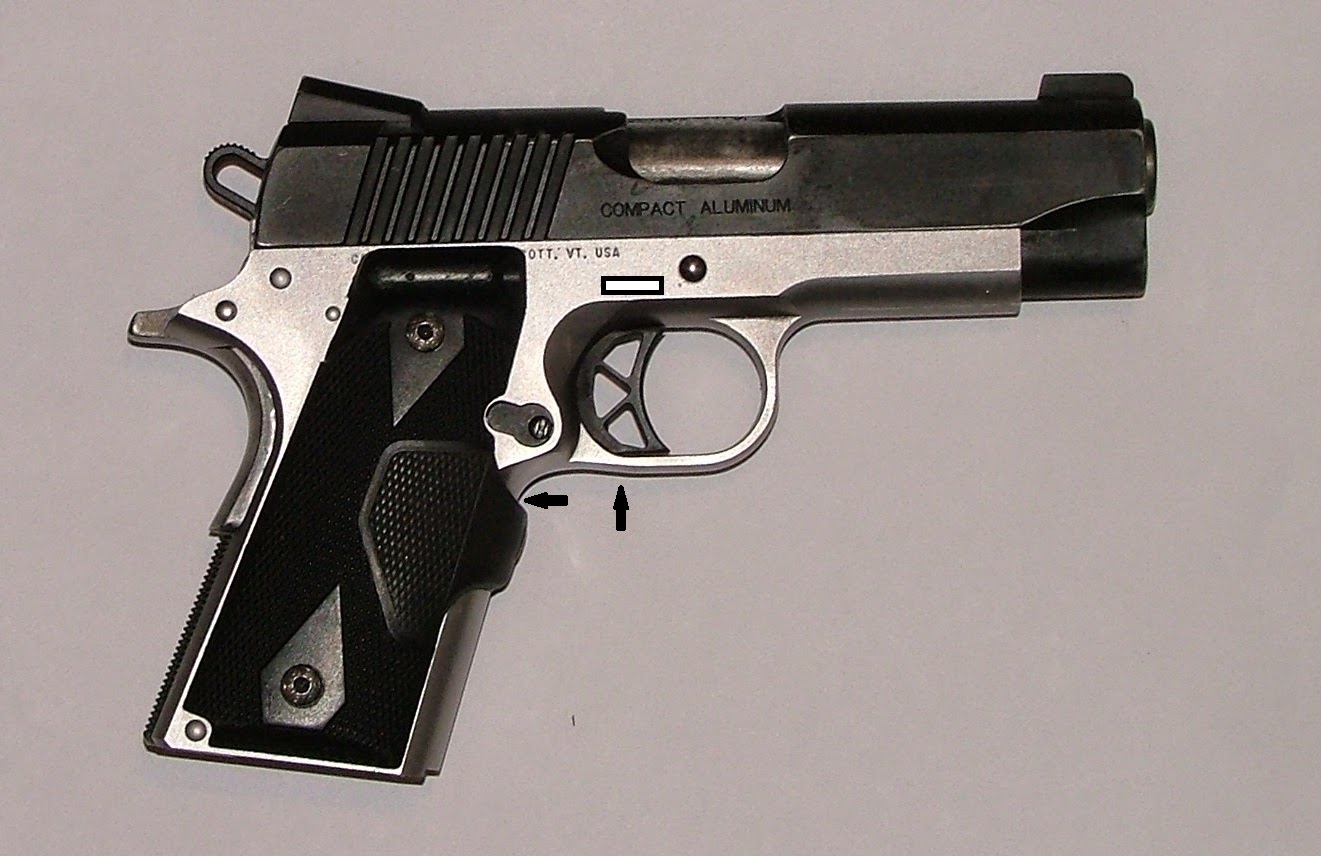 This is very much a 'file a bit, then try it' thing, both for getting enough to make it feel right and making damn sure I didn't cut too deep.  When it felt about right, moved both forward to blend it in(up to the right arrow), and started working on the sides to round them nicely.

Here's a closer shot from the side 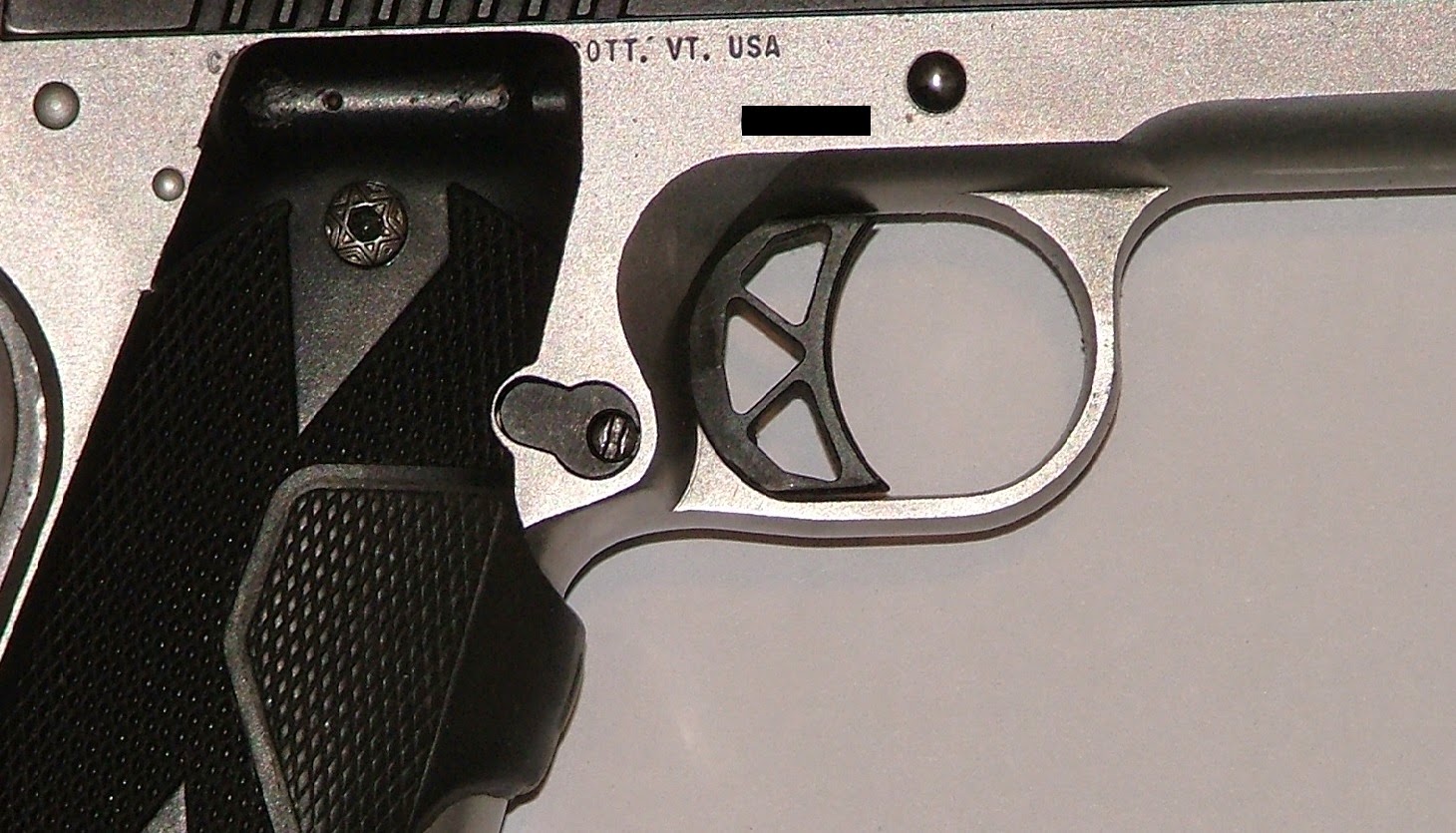 and a bottom angle better showing the curves 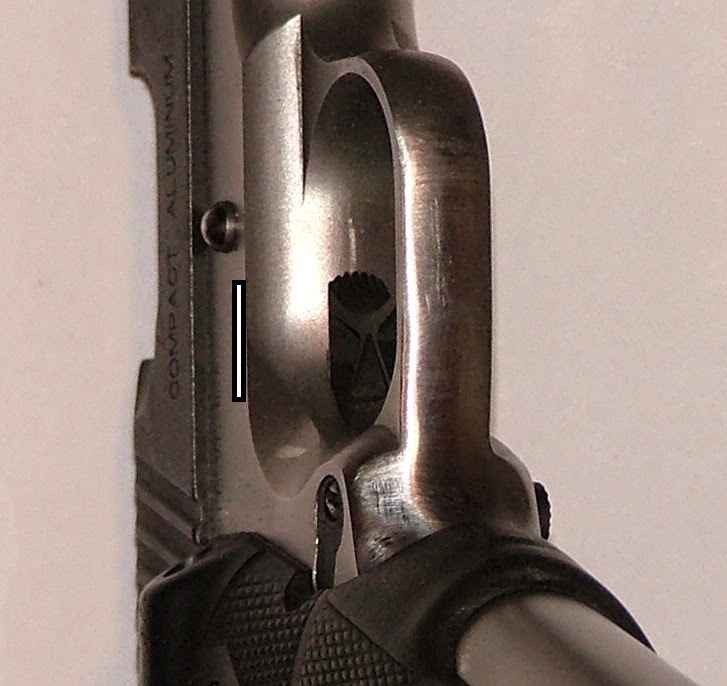 At the point it felt pretty good I stopped filing, then wrapped some 220-grit abrasive cloth around the file and smoothed it all out, then used a strip of the same to shoeshine, both to remove marks and further smooth and blend.  Then cleaned it thoroughly and lubed and reassembled for shooting.

Result: MUCH more comfortable in my hand.  There are still some scratches I need to polish out, and if I get a chance later I'll bead-blast the frame, it should look like it was made that way originally.

Yes, it could've been undercut deeper; considering the CT grips, didn't think it would make much more difference.

Pictures of the ramp polishing will come when it's not so damp and chilly outside; my hands are feeling it.