My first carry piece- hell, my first semi-auto- is a Kimber Compact Aluminum(yes, that's the actual model name).  I've had it nearly twenty years, and no idea how many rounds through.  It's been refinished twice, had a number of new recoil springs, and new sights and grips, otherwise it's as it came.  I can't complain about it: except when I screwed with something or ammo problems*, it's always worked.  Back then Kimber had a good reputation for quality; the customer service I can't speak to because I never had to use it.

The problem is the aluminum frame; the rails have worn badly enough that it will rattle- badly- if you shake it.  Still reliably goes bang, and out to about 15 yards will group nicely, but it's only going to get worse.  Talked to several people, and the consensus was "You're not going to fix that frame; get a new one."

Which led to lots of searching and swearing; for quite a while the last couple of years trying to find an Officer's Model frame(most others, too) was an exercise in futility.  'Unavailable' or 'back order', mostly the first.  Finally got word that Brownell's might be getting some in, so put in a back-order for a Caspian stainless frame.  And today it came in. 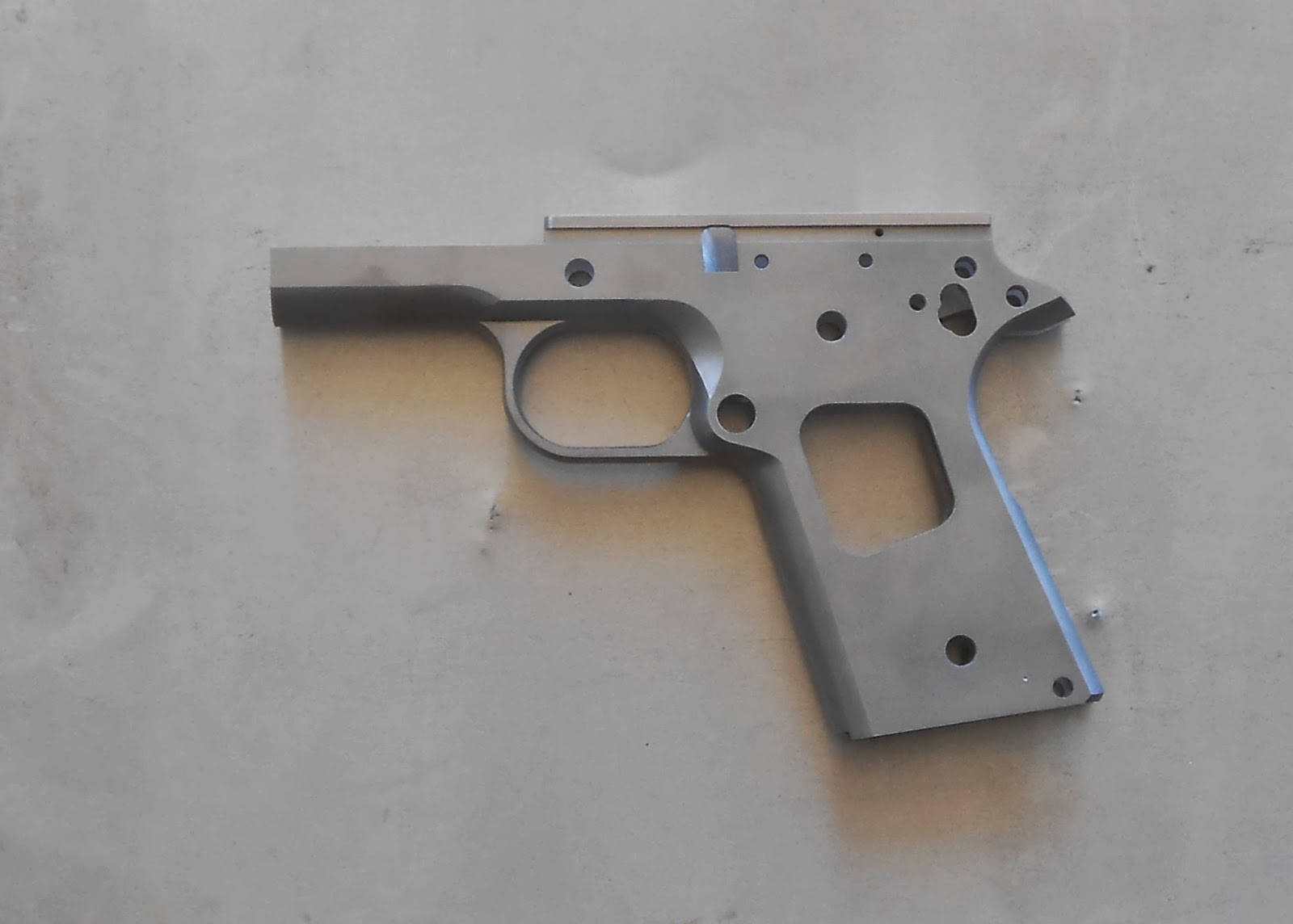 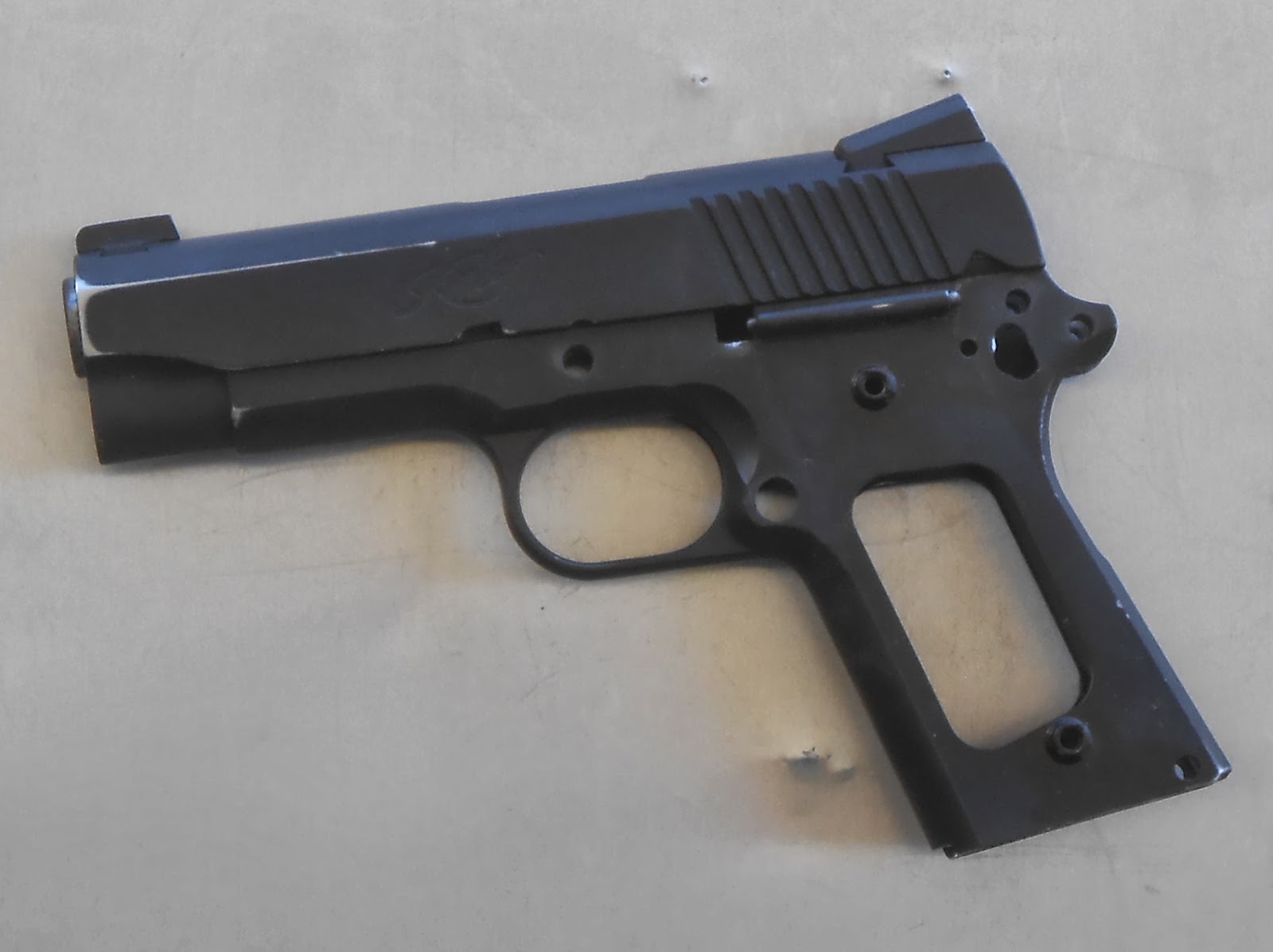 Original frame and the new. 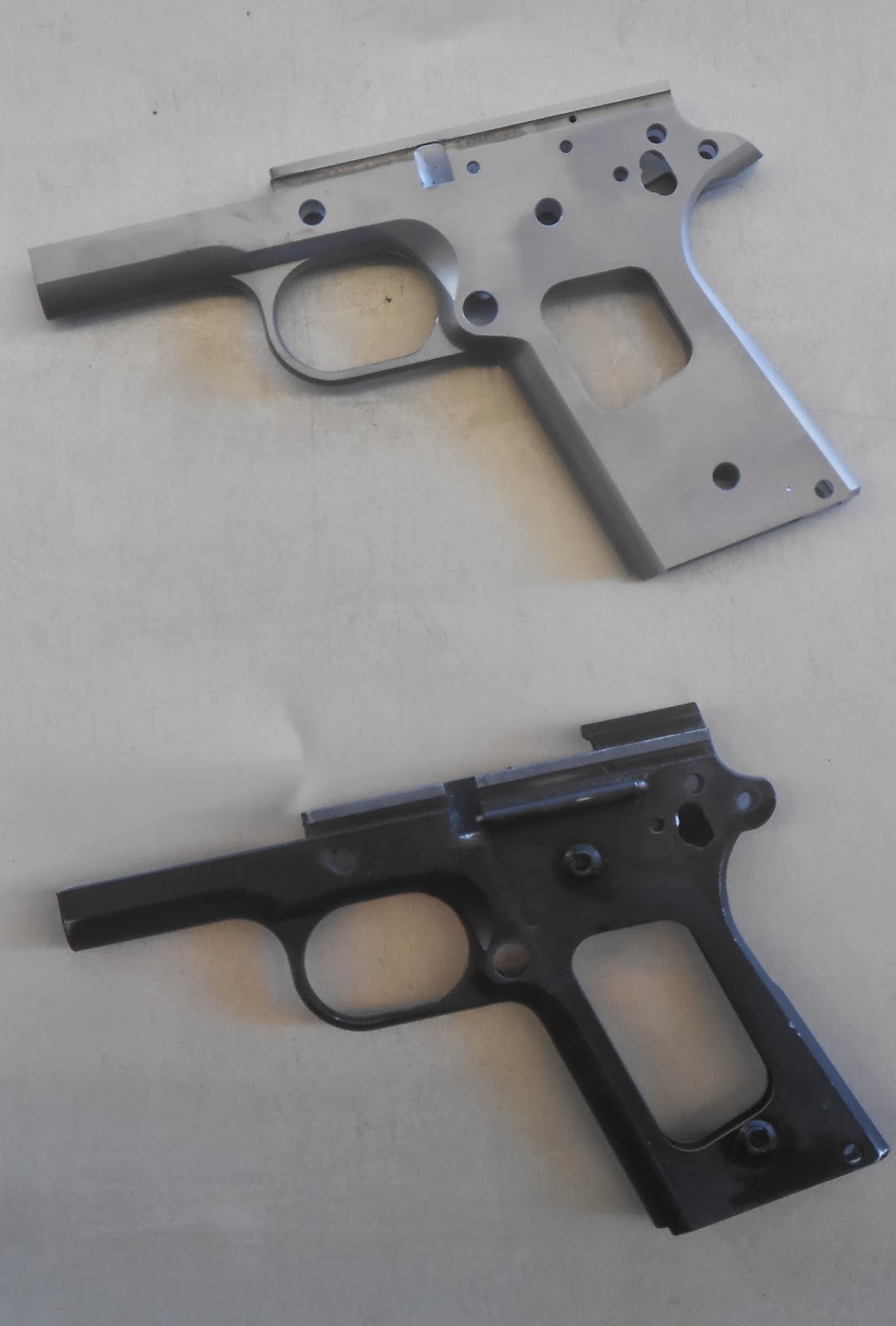 Yes, the assembled piece is short some parts, I'd stripped it last night in anticipation, and I'm not reassembling it for one picture.  By the way, know what a 1911 looks like with almost everything out? The recoil spring and guide rod is on the table, extractor still in the slide, the grip screw bushings still in the frame, otherwise stripped.

So I've got a new frame, parts from the old I'm going to use and some new parts, listing to come.  The only tool I don't have that's a 'got to have' is one to stake the plunger tube into the frame, but a friend thinks knows of one I can borrow; if that doesn't work, make or buy one.

Assuming I can remember, I'll take pictures as I go.

The other was when I put a recoil buffer in.  Thing squished just enough to drag on the barrel a bit and cause problems; trimmed it, no more problem.  Finally just got rid of it.
Posted by Firehand at 18:10

See, I'd suggest just building a new Officer 1911 for shooting-a-lot.

But keep the perfectly functional Al-Frame Kimber for carry, if you want to carry a 1911.

(Lighter is better, and good groups to 15 yards is plenty for a defensive pistol, ain't it?

It ain't gonna wear out fast if it's not your range gun anymore.

Plus, I'm not real comfortable carrying a gun I can't practice with.