Now I know the name, and that he's either a liar or a fool parroting lies.
This narrative has perpetuated the lie that Zimmerman’s history of calls to the police indicates obsessive racial paranoia. Thus, discussing the verdict on the PBS NewsHour, University of Connecticut professor and New Yorker contributor Jelani Cobb asserted that “Zimmerman had called the police 46 times in previous six years, only for African-Americans, only for African-American men.” Actually, only six calls—two of them about Trayvon Martin—had to do with African-American men. At least three involved complaints about whites; others were about such issues as a fire alarm going off, a reckless driver of unknown race, or an aggressive dog.


'Where Is Gun Control?'
Bozo won't like the answer. 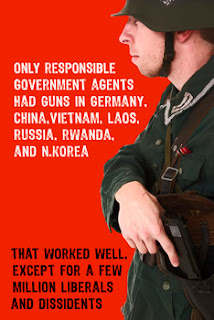