Ever read this one? 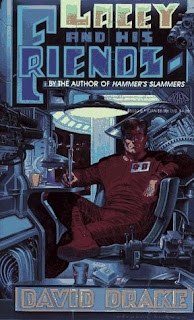 Lacey and His Friends. David Drake's look at a 'surveillance at all times/all places' society.


"Screw the Constitution(and our oath); we're the TSA, and we can do what we want."
Speaking of which, they can feel you up at the airport in ways forbidden to use on inmates at Gitmo.


Chris Christie can kiss my ass.  And if the Stupid Party actually pushes him for President, then it can, too.


Oh, for... speaking of the Stupid Party,
The three should also be angry with the Republican National Committee. PJ Tatler has learned that staff at the RNC have been spending RNC donations plotting to do exactly what Eric Holder is seeking to do – return Texas and other states to federal oversight.


Blearg.  It's still rainy outside(cooler at least) and I woke up way too early.  I think I'll try to get some cleaning done.