If I were an Israeli, or a Jew ANYWHERE,

this is a fine illustration of why I wouldn't trust the UN for ANYTHING:
Richard Falk of the UN Human Rights Council puts this on his blog: 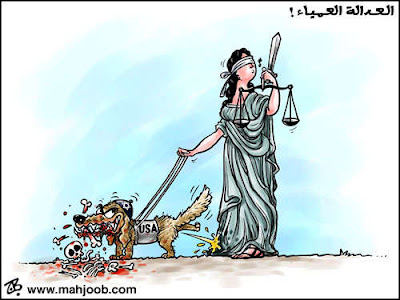 And when called on it plays "I didn't do it/it wasn't me/it doesn't mean what it says/you can't prove a thing!" and yanks it.

Falk, you're either a liar or so effing stupid you should be in a padded room. I think it's the former.

This from his followup denial/apology:
To be clear, I oppose any denigration of a people based on ethnicity, race, religion, stage of development, and believe in the human dignity of all people in their individual and collective identity. Beyond this, if we are to have a sustainable human future we must also make peace with nature, and treat animals with as much respect as possible. This is both a sacred imperative of my idea of a spiritual life, but also an integral aspect of species survival on an increasingly crowded, overheated, and endangered planet.
Posted by Firehand at 10:33

Full Circle. Just like how Germany passed so many Anti-Hate laws in response to being the nation of the Nazis they crushed individual liberty almost as much as the very Nazis they were fighting against.

Same goes the UN. Yeah let's blame the Jews for all the world's problems...but not in a Hitler way!