I've seen in a while: at the MLK Day observance, the NAACP just had to show its contempt 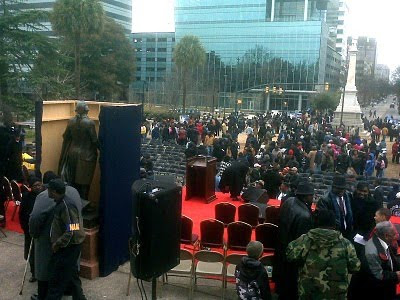 That's George Washington they couldn't stand to look at.


Don't know about you, but I don't generally drink that much whiskey at a time; I have this problem with unconsciousness and alcohol poisoning.


Besides the fact that NOBODY should hold an office for that long, one of the changes I want to see is a bill proposed to end all pensions for members of the House and Senate, and no pension for the President; you want to stay in office, you should not forever get a pension paid for by the public for having stayed there.


Theo had this posted: 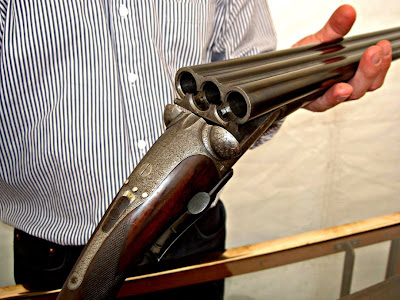 
Well, Mumbles, got news for you: 'fine young man' and 'poor judgement' do not go together with 'dealing drugs while working for the Mayor'.


Damn. Hope somebody takes the critter in.


No. NO. HELL NO.
Federalized security screening at airports has been such a success that President Obama wants to apply the same government "expertise" to the realm of online commerce and commentary. The White House cybersecurity adviser joined Commerce Secretary Gary Locke on Jan. 7 to announce what amounts to a national ID card for the Internet.
A: Anybody who says the TSA and airport screening is a sales recommendation is a moron.
B: I want the GOVERNMENT to control my access?
C: The chances for abuse are scary as hell.


And last, a slightly different viewpoint on 'fascism' vs. 'communism':
Comrades! This cat was troubled for a while by the question of why do we, the Progressives, despise Fascism, even though it is so similar to Communism. True, many of the rank-and-file members of our glorious community are too busy raising awareness to educate themselves on the details of what they are denouncing. But the community organizers ought to know — and yet, Fascism is recognized as an evil regime. This seemed unfair until suddenly I understood...
Fascism is evil — a "cheap imitation" — because it does not go far enough. Indeed, although not a free marKKKet, it still leaves much industry and commerce in the private hands (even if those are the hands of government cronies). This makes it nicely inefficient economically (and thus producing less light- and noise-pollution), but nowhere near as great as Communism.

And I do now have a new pc; much faster than the old. And looks like I had the important stuff backed up(yay!) and what wasn't won't be too much of a pain to put back together.
Posted by Firehand at 11:58