So if Terrorist Ayers thinks Obama is

“moderate,” “pragmatic,” and “compromising,” what does that tell us about what Ayers still wants?


The kind of crap that caused union membership to drop. And why so many think unions suck: when they stopped worrying about safe working conditions and fair pay and went into politics and some into Jew hatred, they brought it on themselves.
Update: Somehow it figures that the idiots got the wrong ship.

Awww, some people like Peggy Noonan are saying Obama hasn't lived up to their expectations... Sympathy is not to be found.


Oh, this woman is going to stir things up.


If your kids or grandkids are in Detroit schools, you ought to grab them and run.


This can't be good for your carbon footprint: 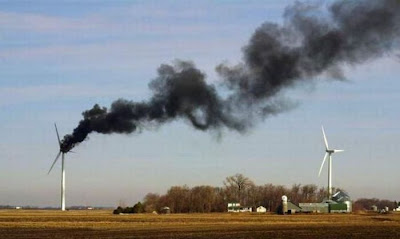 
Why Kagan has no place on the Supremes:
It has become clear that Elena Kagan, Obama’s most recent Supreme Court nominee, is no friend of gun rights, to say the least. While clerking for Supreme Court justice Thurgood Marshall in 1987, she wrote the judge that she was “not sympathetic” to a Second Amendment–based challenge to the D.C. gun ban. While serving in the Clinton administration, she wrote a memo that “paved the way for an executive order banning dozens of semiautomatic weapons,” according to the L.A. Times.

And National Review has learned that in 1996, Kagan apparently tied the NRA to the KKK — yes, the KKK — while debating the Clinton administration’s position on a bill.


Dunphy says LAPD brass apparently didn't learn the lessons from last year, but I'd settle for a bunch of fans figuring out they don't need to trash the neighborhood, win or lose, over the damned game.


I'm now going to try to get some things done before it gets hot.
Posted by Firehand at 06:36

That burning wind turbine is hilarious!