Before I head out to do some stuff before it gets melt-hot,

I bring you:
Pandering:
Bags are to be put over scores of surveillance cameras in parts of Birmingham with large Muslim populations, after local objections.

Safer Birmingham Partnerships (SBP) said 216 cameras were put up, including hidden ones, mainly in the Washwood Heath and Sparkbrook districts.

The cameras were financed through a counter-terrorism fund, but the SBP said they would tackle all crime.

Councillor Salma Yaqoob said people had lost faith in the authorities.
A lot of people have had problems with cameras everywhere for years; but a majority-muslim district gripes, and "Oh, we'll cover them up!"


A bit more fiddling with history:
Jean-Pierre Azéma, a respected author of more than a dozen works, said he was concerned that inconvenient truths about France's wartime past were being played down amid a surge of patriotism around de Gaulle's June 18, 1940 appeal from London.

He said the fervour around the anniversary risked talking up de Gaulle's achievements when the real man of the hour was Winston Churchill.
Speaking of de Gaulle, from what I've read he made himself such a pain in the ass, and actual threat in some cases, that Churchill later wanted him to have a fatal accident.


From what I've read, Playboy actually has a decent article here. Kind of amazing.


One more example of Obama minions who cannot understand the difference between 'act of war' and 'criminal act'.


The parts that jump out at me:
Another World is Possible, Another US is Necessary.
and
And I am thinking of how the US needs to change in order to make that world possible.
"The world should change, but the US HAS TO CHANGE", etc. Always what it comes down to with these people, isn't it?


As Tea Party protests pop up in places like Moscow, Tel Aviv and the Hague, Americans may question whether the Tea Party platform can cross international and cultural borders. For activists outside the U.S., the answer is a resounding “yes.”

“I think the message of the American Revolution is global. The message of natural, unalienable rights, the message of opposition to tyrannical government — that’s not just well-known, that’s universal,” Boris Karpa, organizer of the Israeli Tea Party, told The Daily Caller in an e-mail. “As you know well, many countries have based their founding documents on the U.S. Declaration of Independence or other American documents.”

Although several international organizers had never even heard of the Boston Tea Party until U.S. protests brought the events of 1773 back into the spotlight, they now wear the Tea Party badge proudly as an example of American exceptionalism worth emulating.

“This [Tea Party] title is ideal for Russia,” Max Kronos, organizer of the Moscow Tea Party, told The Daily Caller in an e-mail. “This event has forever gone down in history — in Russia, such events have not happened.”


I'm so very glad I never jumped on the Lieberman bandwagon.
The federal government would have “absolute power” to shut down the Internet under the terms of a new US Senate bill being pushed by Joe Lieberman, legislation which would hand President Obama a figurative “kill switch” to seize control of the world wide web in response to a Homeland Security directive.

Lieberman has been pushing for government regulation of the Internet for years under the guise of cybersecurity, but this new bill goes even further in handing emergency powers over to the feds which could be used to silence free speech under the pretext of a national emergency.


I don't care if he was stoned, anybody stupid enough to do this needs to be removed from the gene pool. 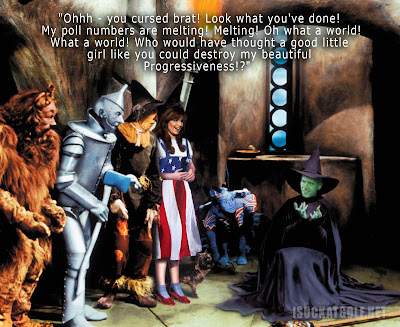 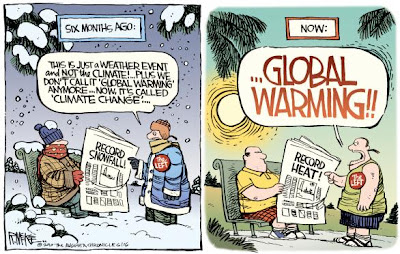