I seem to have upset that wide commenter Anonymous, who, among other things, said this:
Spending the money is about using it where it will do the most good to stimulate our ecomony. Are you intending on purchasing something with the money you would receive? That would help the economy. However, if you intend to pay off bills that would not be stimulating the economy because the money would be applied to previously purchased goods.
And so forth. Including
Now, perhaps you only care about yourself and don't really care about helping out the economy and assisting in putting you fellow citizens back to work, then I suppose I can understand your anger over Senator Kerry's comments. But,ultimately, in the end your selfishness will catch up to you and when you need that new job or you need to purchase that new product you will find both are not available to you.

Awww, isn’t that sensitive and feeeeeeling? Anony agrees with Sen. Effing Kerry and Bill Effing Clinton and Barney Effing Frank and Cris Effing Dodd and every other power-grabbing money-grubbing socialist leech in DC and all their buttmonkeys: They should control how and where and when we spend our money because to do otherwise would make us ‘selfish’. Wanting to pay bills with MY money is ‘selfish’. Wanting to get a car that’s the best deal for MY money is ‘selfish’. If I want to invest any of MY money and it’s not in an ‘approved’ investment, I’m ‘selfish'.

Normally I try to be calm about such things, but in this case:
Fuck you. You and every one of those thieves in Washington who want total control over our lives. This bill has even had the CBO stating it’s a friggin’ disaster, it’s going to cost us our economy, and LOTS of jobs, and yet you sit there and parrot that ‘This bill is about creating jobs’ bullshit. No, this bill is just like most ‘gun control’ laws: it’s about control. Of us, of what we earn, of what we do.

And whether you like it or not, whether hypocritical bastards like Kerry like it or not, IT IS MY MONEY. I worked for it, I earned it, and it's not your damned privilege to tell me how I'll be ALLOWED to spend it.

Anony finishes with this
This bill is not a debate over how much you pay in taxes how much you get for the money you pay in. And, it is not about managing your money. This bill is about creating jobs, moving America forward and helping fellow Americans..
Bull-fucking-shit. This bill isn’t about ‘jobs’ and ‘moving America forward’; if it was it would be all about things like tax cuts and reducing bullshit regulations and giving people and business a chance to get ahead. And it would include some money for building the eight-legged horses for the people like Frank and Dodd who helped create the damn mess. Instead it’s full of pork and bribes. If it was concerned with creating jobs, it wouldn’t involve all kinds of bullshit like billions to ACORN to further practice vote fraud.

And if President The Lightworker Obama 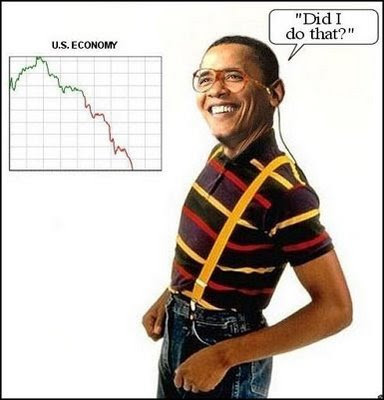 actually cared about jobs as opposed to payoffs, he wouldn’t have signed this:
Described as an act that discriminates against 84% of the work force, Obama signed an executive order that
“repeals Executive Order 13202, that prohibited federal agencies and recipients of federal funding from requiring contractors to sign union-only project labor agreements (PLAs) as a condition of performing work on federal and federally funded construction projects.”
Put bluntly, this is that God-cursed crooked politician Obama paying off the unions for past and future favors. That's not about 'helping fellow Americans' unless you've decided the only ones who should get help- until it's their turn to be destroyed- are the unions, and screw everyone else. And let's not forget that this will also raise the costs of lots of projects, which means thieving politicians taking more of my money to give it to the God-damned unions. AFTER the politicians skim off their take, of course. 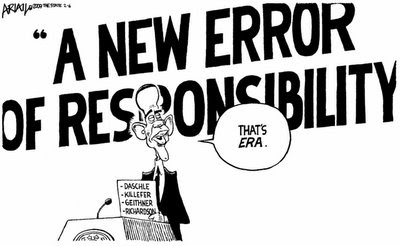 So you can join Kerry and Obama and Frank and every other thief and liar in DC in kissing my ass.


Thanks to Theo for the illustrations.
Posted by Firehand at 12:02

good stuff, what took me so long to come upon your blog? ;)

Damn leftists, who in the bloody fuck do these people think they are telling us how we should spend our money? The Founders would very likely have tarred and feathered them for less.

Pistolero, they're our superiors, didn't you know? They'll tell you so.

Don't argue with the brain damaged.

Paying off a bill puts money into the hands of someone else so that they can pay their bills or make a loan to a borrower or any other sort of economic activity.

Any sort of financial transaction is going to keep the economy going. If people only bought "new" goods then second hand stores and sights like ebay and craigslist wouldn't be so popular.

Then again, I don't need to be explaining this to you because you know it, and I can't explain it to the brain damaged because they just can't understand it.