It's what they do.


Stop taking your gun knowledge from TV.  It’s not good for your arguments.


She may be a standard-issue leftist celebrity, but she's smart enough to recognize this:

Anderson was asked if she thinks the hacks helped Trump and influenced the outcome of the presidential election.

“I think the truthful words of Hillary Clinton and Podesta is what influenced the election. It’s actually what’s in the cables – not how they were revealed – that’s the important part,” Anderson said.


I doubt she liked the response 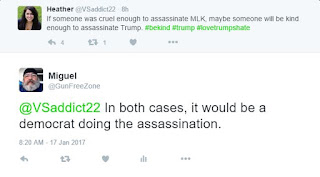