Yes, I'm finally getting to it. 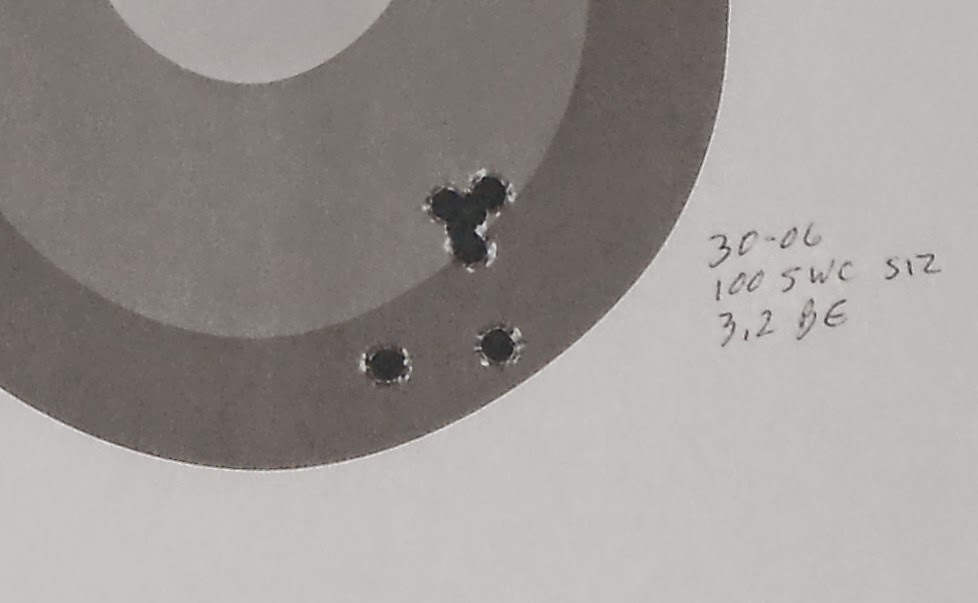 This is one of the loads I'm going to have to take to the outdoor range with a solid rest for proper trial to find out which is actually best in this rifle. 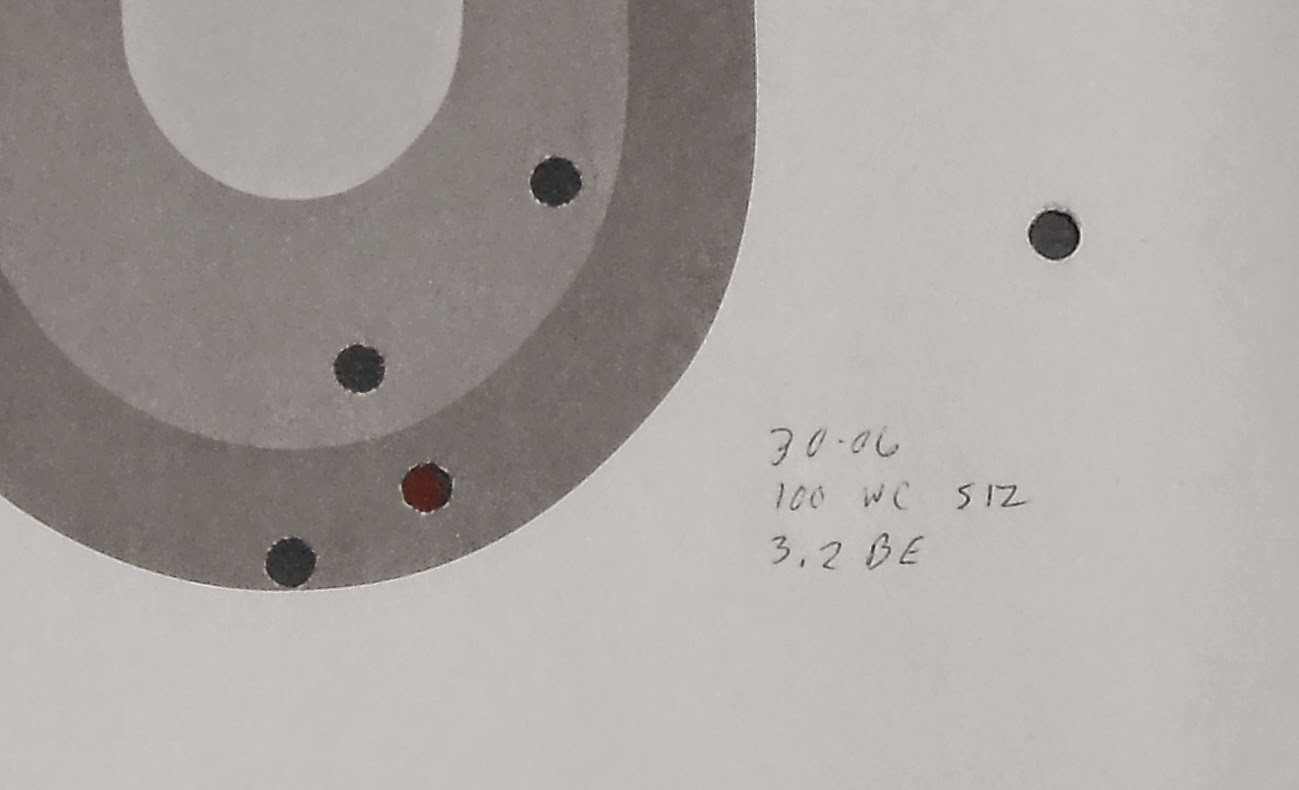 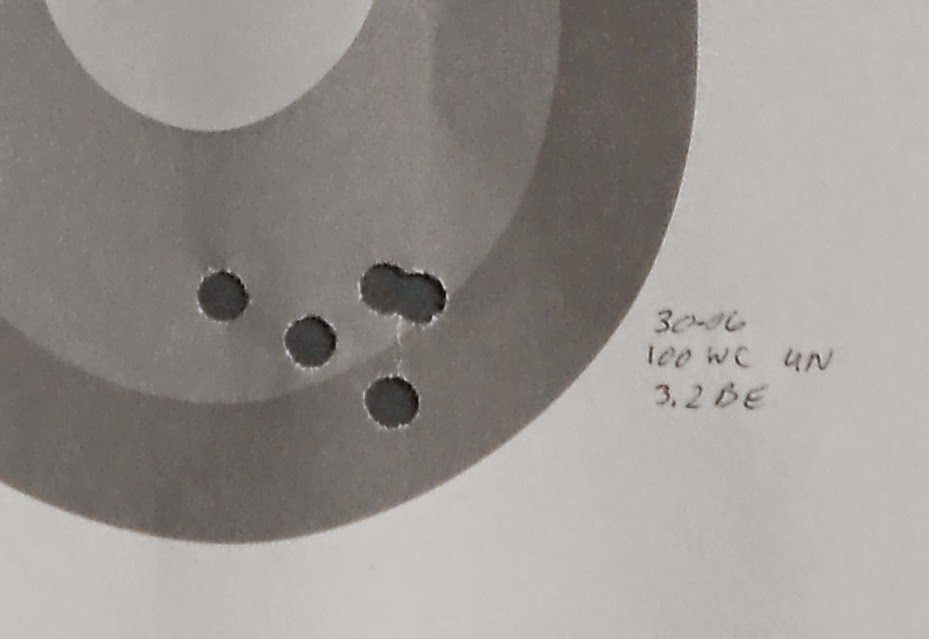 Know which works best of the two.  The unsized will be the one that goes for further tryout.

Just to try it, I had three primed cases left so I loaded them with the SWCs(unsized) over the 3.2 grain charge, but only seated them to and lightly crimped in the lube groove instead of the crimp groove 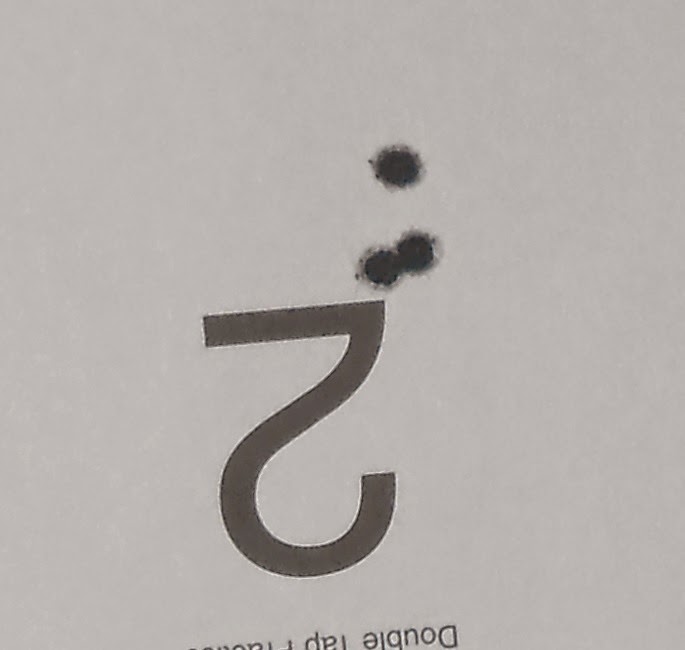 The new seating stem does help, but getting these things seated straight, when they're that shallowly in the case neck, is a PITA.  I'll try some more off the bench, but unless the results stay this good, won't do it again. 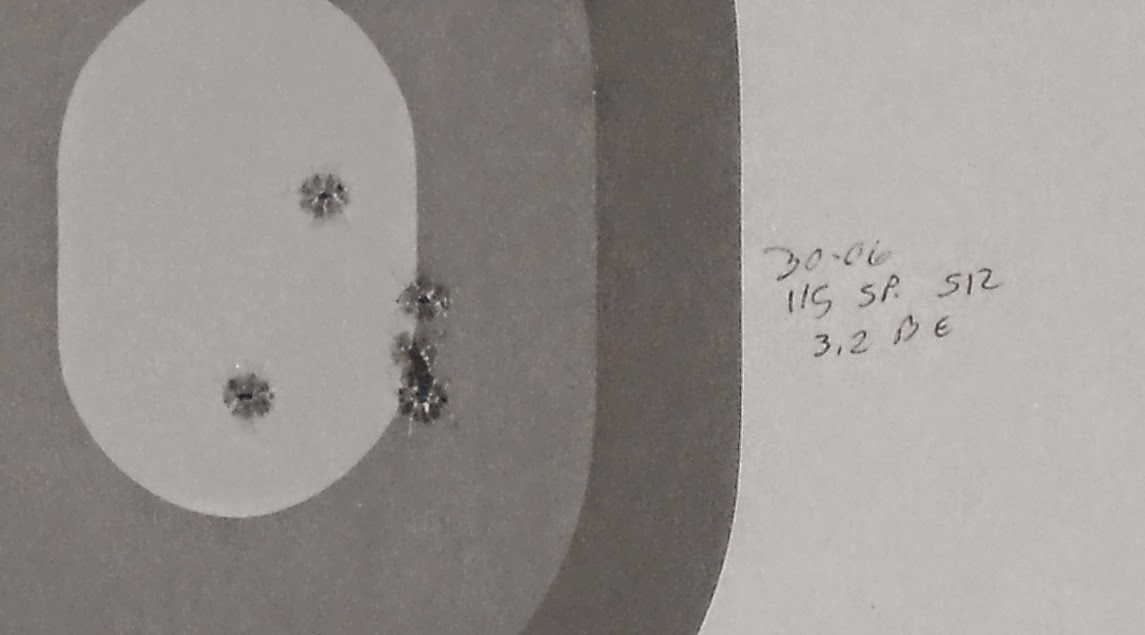 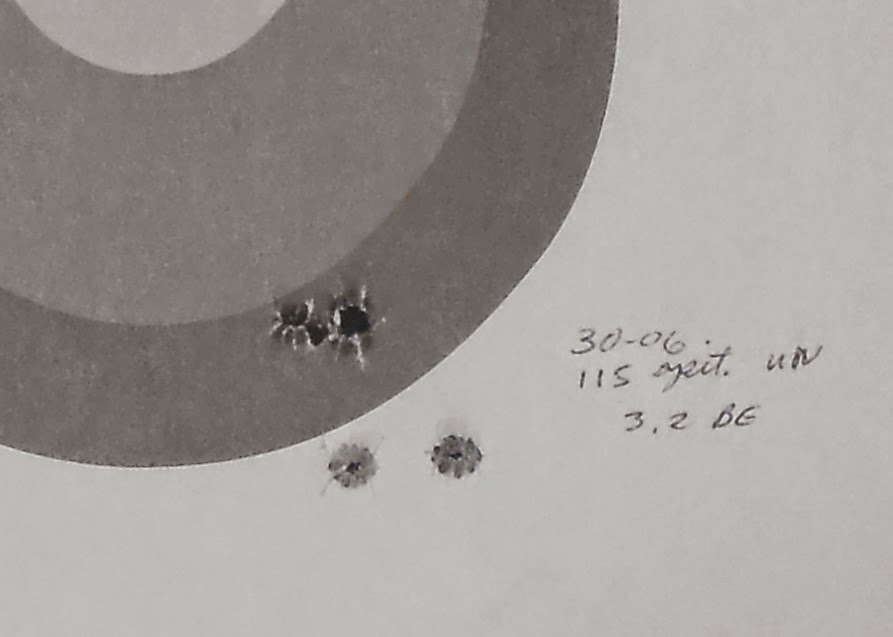 The unsized does seem to have an advantage, but considering this is me shooting, it'll take the bench and better light to confirm. 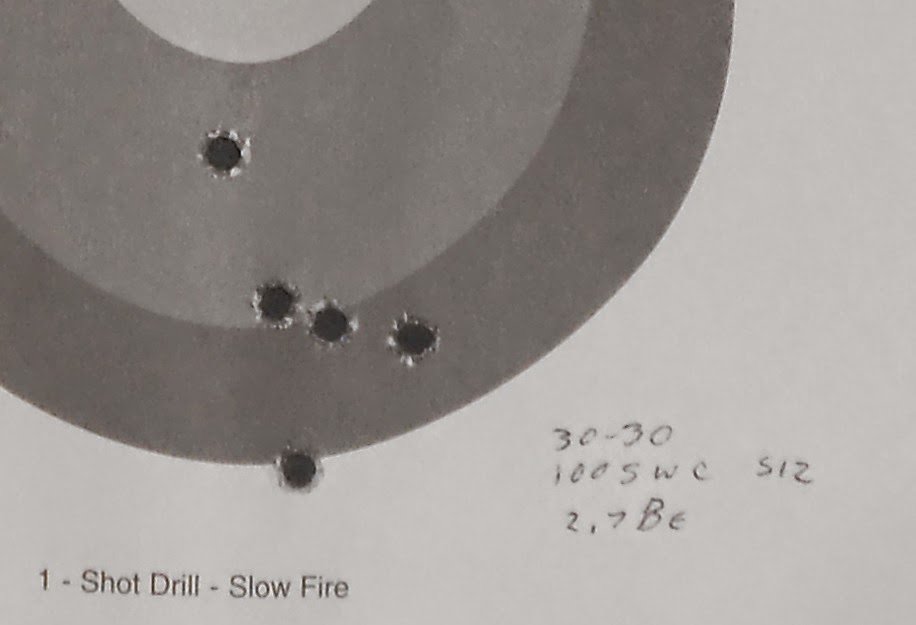 These have to be seated to the crimp groove to chamber in my rifle, so that experiment can't be made.  Again, difference between sized & unsized, may be none.

Only have the .30-30 with wadcutters in the sized 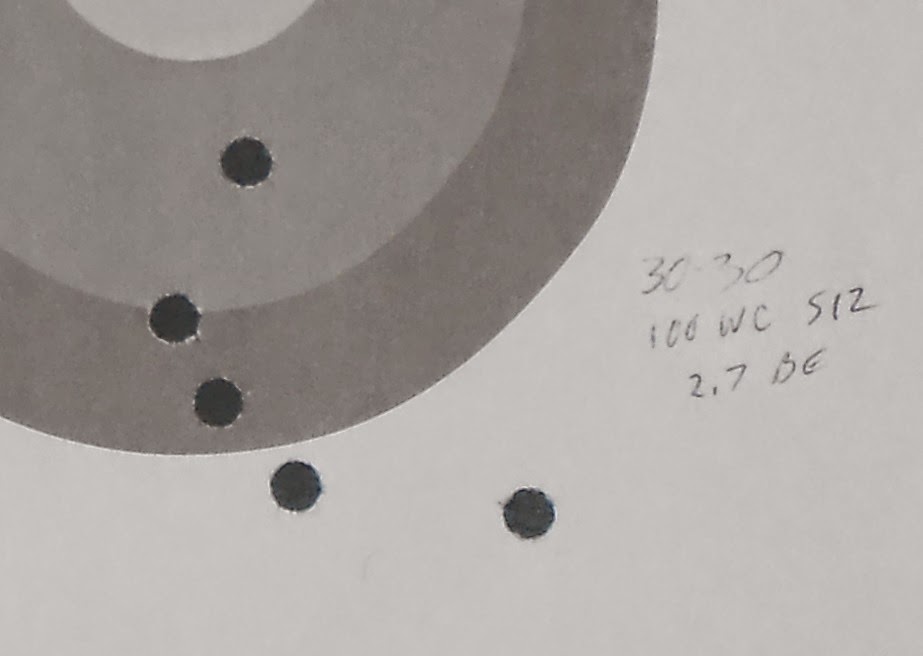 because the unsized would not chamber.  No idea why the difference between now and then, this'll require some thought.  I'll try the sized over the previous charge of 5.0 of Unique, see how that does.
Posted by Firehand at 11:02

Oh yes, they do. I just wondered how these light pistol bullets would work for light(very, in some) loads.

First bullet mold I picked up years back was for a 150-grain gas-check, works great. Have some others now, too. One thing I want to try is some of the subsonic loads listed over at Cast Boolits for 150-180-grain bullets