Getting hot now, and after the last couple of days

I don't want to push it.  Therefore, I will sit here a bit and stir dissension 'mongst the populace.

Like pointing out that actually saying or doing anything here would've offended the third-world shithole of Sudan.  Therefore, better these people suffer than President Lightbringer speak up.


As son & wife were driving down the road the other day, saw this and got a picture 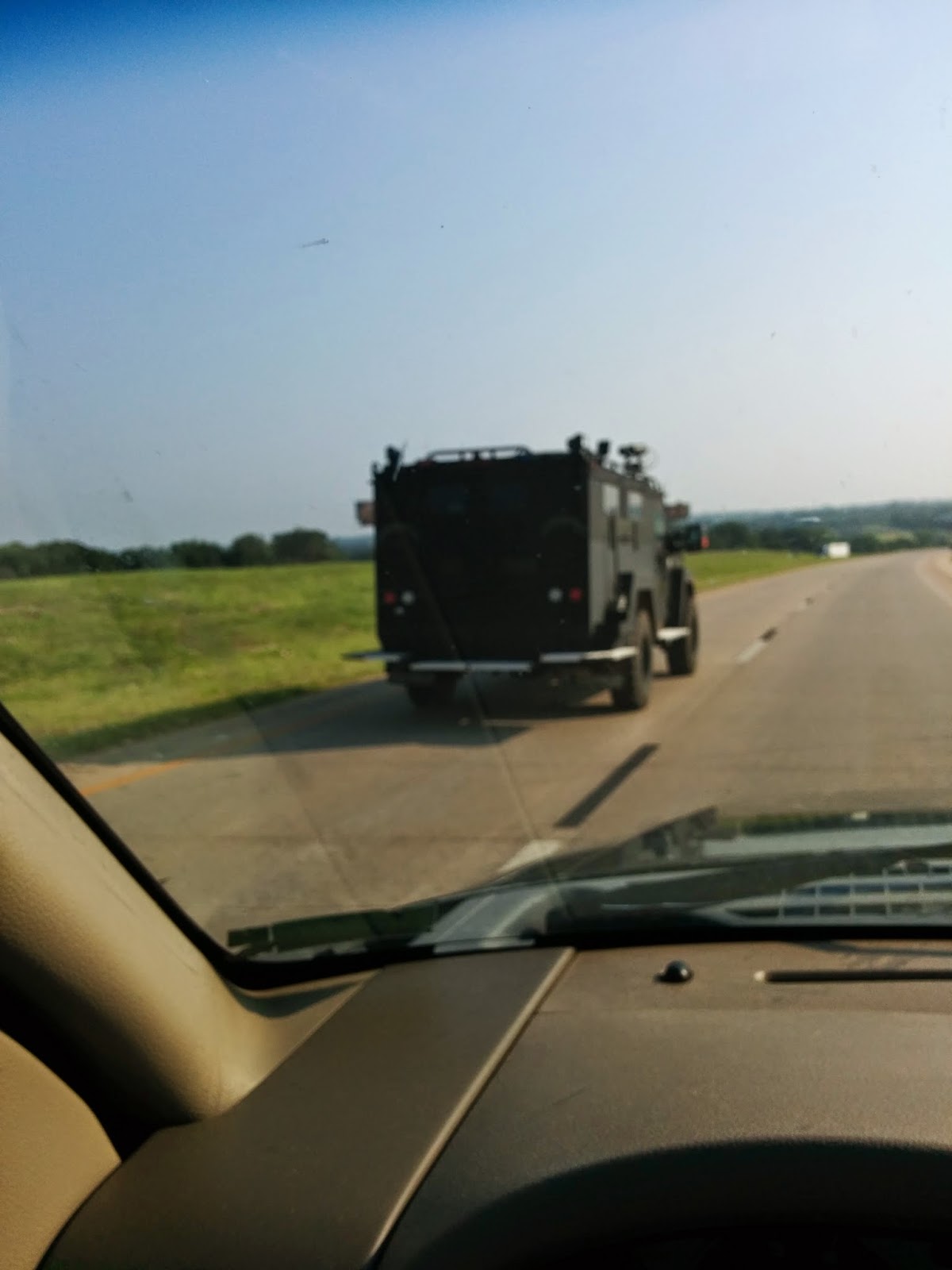 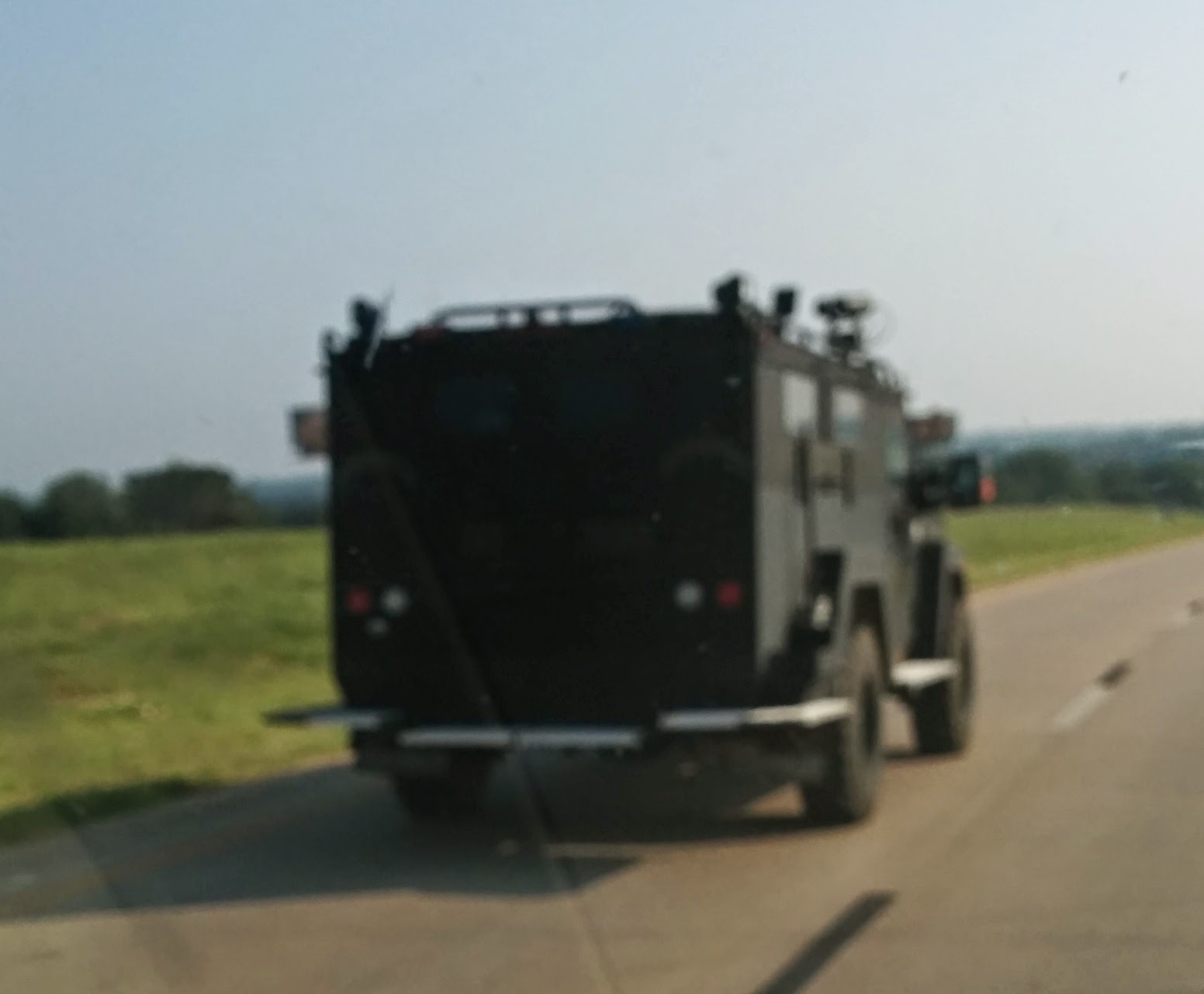 It had Oklahoma Highway Patrol stickers on it; I guess they decided the Tac Teams needed a super-tactical vehicle to carry all their tactical gear.


The DC Police at work: "Let's talk people into committing a crime so we can arrest them!"  Seems there are easier and more ethical ways to work, like arresting journalists and politicians who break gun laws.


I wish the story had the name or picture of this fine federal agent; they we could give him the fame he truly deserves.


What 'herd immunity' actually means.  And why we're in such trouble.


Yeah, a Carrington Event-level storm hitting would be bad.  Very.


How screwed-up was the response to the Navy Yard shooting?  This screwed-up.


Progressives and 'feminists' make up shit, and Huffpo prints it.  Gets called on it.


For a serving general officer to come out and say this... let's say he must have REALLY strong feelings on the matter.

I've got high resolution shots of that. They brought it out to Edmond for the Independence Day parade a couple of years ago. Along with a lot of other whiz bang gear.