Why you're not Officer Friendly anymore, Reason #418: Updated

You're a violent thug who should be behind bars.
Tell me, what kind of chokehold does this look like to you? 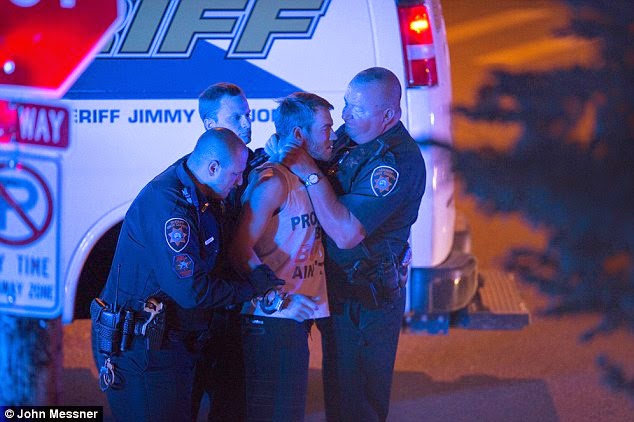 Looks to me like what used to be called 'strangulation'.  Especially on someone who's already cuffed and not resisting.  Apparently except when it's being used by a nasty asshole with a badge.  Then it's 'reasonable force'.  Or something.

Both the assholes holding the guy while Officer Thug-in-Chief strangles him are responsible as well, because they could damn well have stopped it.  If they wanted to.

Frank Phillips, 47, has been with the Knox County Sheriff’s Office since 1992.
And a statement from the Sheriff:
“In my 34 years of law enforcement experience, excessive force has never been tolerated.  After an investigation by the Office of Professional Standards, I believe excessive force was used in this incident.  Therefore, Officer Phillips’ employment with the Knox County Sheriff’s Office is terminated immediately.  The investigation will now be turned over to the Knox County Attorney General’s Office to determine any further action.

“This incident provides a perfect example of why we are in the process of purchasing officer worn body cameras (video and audio recordings) so incidents like this will be fully documented.”
Excellent.  Now the question is what happens to the two idiots holding the guy while Phillips strangled him?

Fired certainly! Will Frank Phillups be charged with attempted murder or assault and bodily harm?

Unfortunately this doesn't show the doughnut or the steroids: