since it's cold outside and raking leaves yesterday is taking revenge; apparently the dust is making a sneak attack on my respiratory system.

Section 8 housing and crime all too often go hand-in-hand. Back story: years ago I lived in a nice neighborhood in northwest OKC. A apartment complex about 2-3 blocks away started accepting Sec. 8 tenants, and within a few months you could not leave anything outside unless it was locked down or guarded. It continued until the owner, the place having been trashed, sold it. The new owner dumped the Sec. 8, cleaned it up, and the neighborhood fairly quickly returned to a better state.

PC Idiocy at its best. On a university, unsurprisingly. As a commenter says,
"You used extremely poor judgment by insisting on openly reading the book related to a historically and racially abhorrent subject in the presence of your black co-workers."

Jesus wept. He was "openly reading" the book. Not just reading it, but reading it flagrantly.

Hamas and the jihadis like murdering women and children; honorable men, like these Marines, stop them. Keep their families in your prayers if you're a praying type; I don't think these two need good words with God.

Mayor BombastBloomberg really is an arrogant little socialist, isn't he?
"If there's anybody who understands the pain and suffering of having the press criticize how you speak, it is me," he added.
Jeez.

Ok, so Bush can read, but he doesn't read the right stuff. You know, the books that say the war is a failure and so forth, so the other books don't really count.
It is awfully late in the day for Rove -- and, presumably, Bush -- to assert the president's intellectual bona fides. Now feeling the hot breath of history, they are dropping the good ol' boy persona and picking up the ol' bifocals one.
I've read accounts from travelers in the Wild West of cowboys reading a newspaper until it fell apart; when they ran out of papers or books, they'd read the labels on canned goods. There are stories of the man in a cattle crew who could read and had a book or two reading it at night to those not at work. I guess since they probably wouldn't have had much patience for defeatist crap, their reading wouldn't have counted either.

And of COURSE some jackass is playing the race card for the Senate seat The Obama used to plant his ass in. We already had a bunch of 'community activists' and 'community organizers' insisting the seat HAD to be filled by a black; now this blackmailer is openly threatening people if such does not happen. 'Content of their character' doesn't count with these bigots.

In think it was Ben Franklin who said "Beer is proof that God loves us, and wants us to be happy." He probably wasn't thinking of it as marinade, but I think I'm going to share a bottle of Dad's home brew with a steak for dinner tonight. 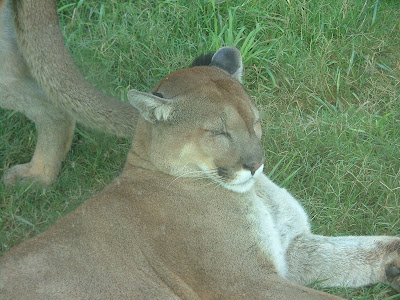 It's cold outside, but I'm warm in here
Posted by Firehand at 12:17

"It is I.", but Bloomberg is a leftist, so he gets a pass on grammar, too, as well as economics, history, business administration, psychology, criminology . . . . .