Some of them, anyway

Took more than I'd thought, but missed a few great shots, mostly because some critter wouldn't hold still. Among what I did get: 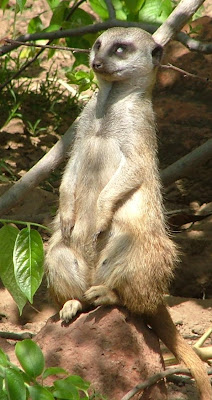 made famous on that Animal Planet show. Which I don't watch. Yeah, they're cute, but you can get overloaded on that.

"It is spring, human, look upon my handsomeness you featherless twit." 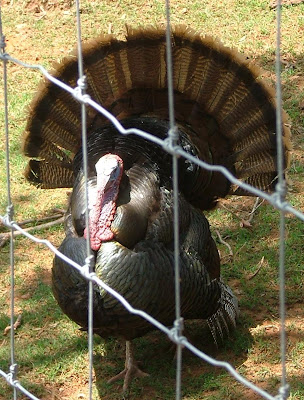 This sucker was walking around and displaying for at least ten minutes. And when we saw him from another angle a while later, he was still at it. Either the hens weren't buying, or he was bragging.

In the Oklahoma Trail section, there're a bunch of native birds, and a lot of them were nesting 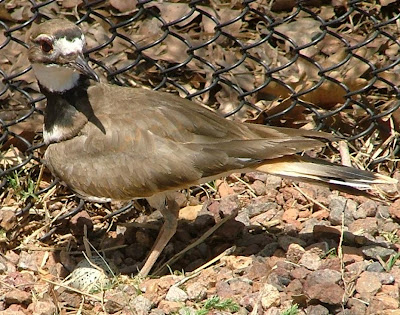 in this case a Killdeer. No, I don't know how they got that name.

Further along they had a couple of young (I'd say) grizzly bears. This one had found a sport bottle someone dropped or threw in, and was having fun with it. 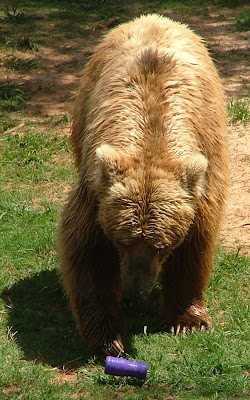 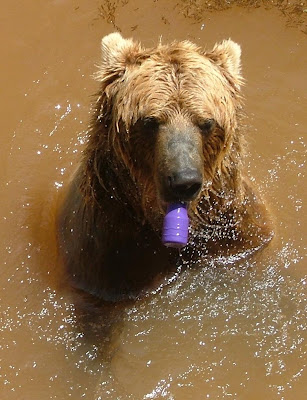 More on the bears later.

And we have the Bald Eagle 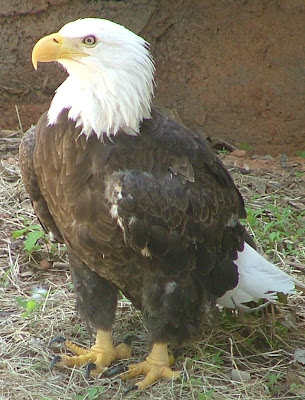 She was brought in a few years ago with about have of one wing missing. They treated her and made a place for her. It was pretty small, but it's not now: she's got a BIG area, which she patrols like a small velociraptor. Daughter saw her fed one day: there's a stump they put rats on, and she works her way around, peeks over the edge, then reaches up and snaps it up, then carries it off to feed. For an eagle unable to fly, it's a pretty good life.

Also in the 'local fauna' trail, a prarie rattler. 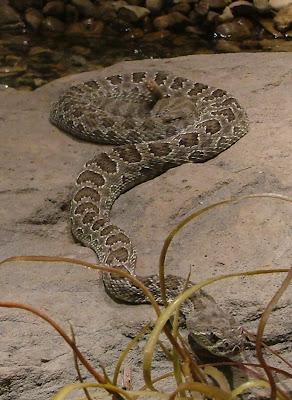 Along with Eastern & Western Diamondbacks, copperheads and a whole bunch of others. These didn't bother my friend much, but the herpetarium was another matter: she was a bit on the nervous side. Until we reached the damn big anaconda and equally big reticulated python. Which, in enclosures or not, were considered cause to get the hell out of the building.

Like I mentioned the other day, they've done a hell of a lot of work the last ten-fifteen years, everything from much better enclosures for the critters to some breeding programs that have gone very well. I think I'm going to enjoy having that entry pass.
Posted by Firehand at 17:24

Oh, I got the strippers- thanks! I owe you some steel samples, try to get them in the mail this week.