Once upon a time some friends made a long-desired trip to Scotland.  When they came back they brought with them, among other things, a case of this 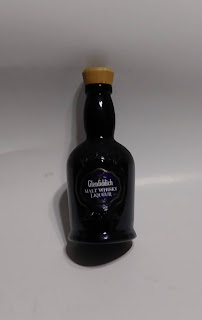 of which I got three drinks over the weekend.  Which put it permanently on my list.

Oh, my Lord, that stuff is good.  And they only exported it to Canada, from which I couldn't get it shipped here.  So, a few years later, when son was stationed in Washington he mentioned it would be easy to make a trip across the border.

Then he checked for it before he went, and discovered they'd stopped exporting it at all.  Which means the only way to get any would involve a trip to Scotland.  Which would not be a bad thing, except for the expense.

So I'm hoping that someday they may export some again(though Deity knows what it would cost), because I still remember how good it was.
Posted by Firehand at 17:22

One link I found said this product was discontinued in 2011.

Same link sez a bottle is $536.80. That must be REALLY good whiskey ! Maybe a birthday present to yourself and reserve a shot every special occasion, to be enjoyed slowly.