Why has the opinion of teachers lowered?

Crap like this sure doesn't help:
A third-grade teacher at a public school in New Jersey is under fire after she encouraged her students to write letters to notorious convicted cop killer Mumia Abu-Jamal, who recently fell ill in prison.

Every teach out there who actually cares about the job, as opposed to being a commissar for the small comrades, despairs.  And every parent who doesn't want their kid thinking communism is a good idea is seriously pissed-off.

Brings new meaning to The Dark and Fascist State of NJ, doesn't it? 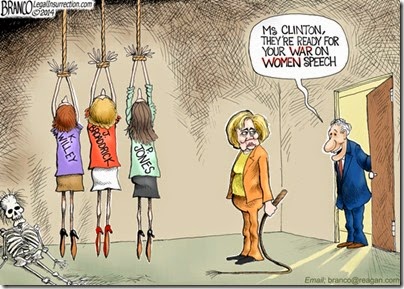 ...but once the Tea Party scandal broke, his encounters with otherwise law-abiding ranchers became more hostile. “I used to work Tombstone,” he says. “They hate the IRS down there. It’s a hard enough thing to drive out, bang on somebody’s door, and make a legal demand on them for money. It’s even harder when the person is wearing a gun on his hip and says, ‘I saw on TV that you people are discriminating against the Tea Party.’ That’s when I decided, the hell with this!”
Well, when your agency goes from 'PITA, but at least evenhanded' to 'Uses the power of the agency for political purposes', what do you expect?  Applause?


"Tell you what, Officer Third Trimester, how about you let us carry the guns through here and I'll take my chances with Johnny Jihadi on my own? Because if someone suddenly went all Aloha Snackbar in here, Officer Gimpy McCruller over there's best and highest use would be as a ballistic shield."