It's SJW day! Which means

some of the most idiotic crap you'll ever see.
First from someone trying to make excuses after multiple terrorist attacks in Canada: 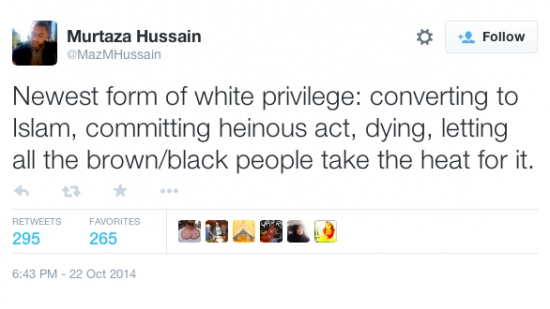 Second, a journalist letting the cat slip out of the bag 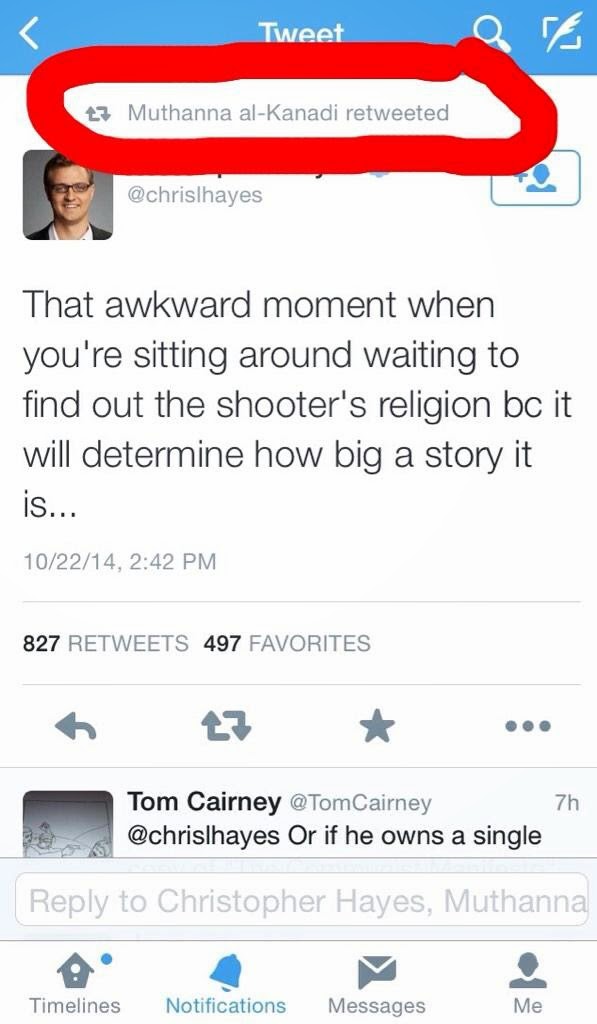 Third, a demonstration that with these assholes 'all women' actually means 'All women who think, speak and believe as we approve':
Wednesday afternoon, CNN anchor Carol Costello hyped newly released audio of Sarah Palin’s daughter Bristol tearfully recounting her being physically assaulted during a fight the family was involved in last month by saying it was “quite possibly the best minute and a half of audio we’ve ever come across.” She grinned during the entire setup.
...
Other liberals piled on, seemingly delighted that the daughter of someone they disagree with politically was physically attacked. Talking Points Memo provided a partial transcript of the audio, including it in a list of the “best (or worst) moments from the audio.”