Silly question guy: we KNOW whose side he's on,

but asking it can't hurt.
Let me ask you this: Why would you prefer criminals to have the ability to out-gun law-abiding citizens? Under this policy, criminals will still have their 30-round magazines, but the average American will not. Whose side are you on?
And we're constantly told that victims have unquestionable moral authority, so a Columbine survivor ought to have a whole pile of it.


I guess MAIG and the Congressional Black Caucus are in a race as to who has the most members that are crooks.


They really do hate people; the only thing they hate worse is people not living in poverty.
...In the piece in question, Colorado State University philosophy professor Philip Cafaro advanced the argument that immigration needs to be sharply cut, because otherwise people from Third World nations will come to the United States and become prosperous, thereby adding to global warming. 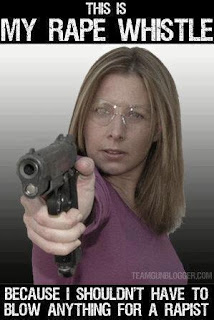 
Democrats then, democrats now.  Screw the law, we don't like it.


No, they're not disappearing; it just serves the enviroweenies aims to say they are.